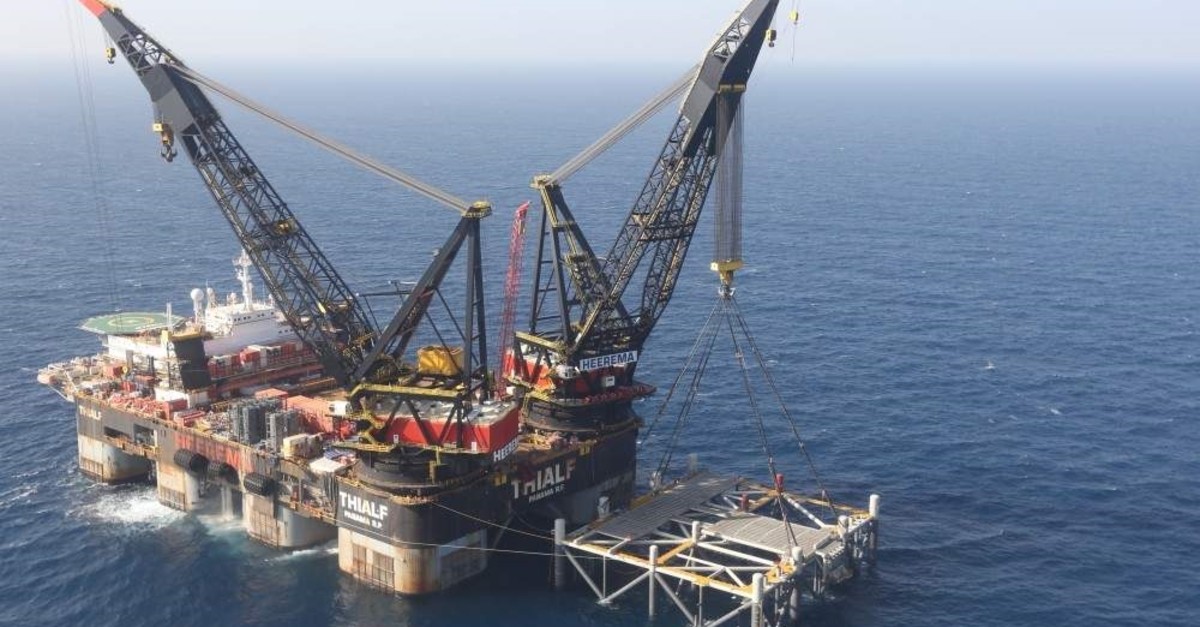 A platform in the Leviathan natural gas field, in the Mediterranean Sea off the Israeli coast. (AP Photo)
by Elif Binici Erşen Dec 17, 2019 7:50 pm