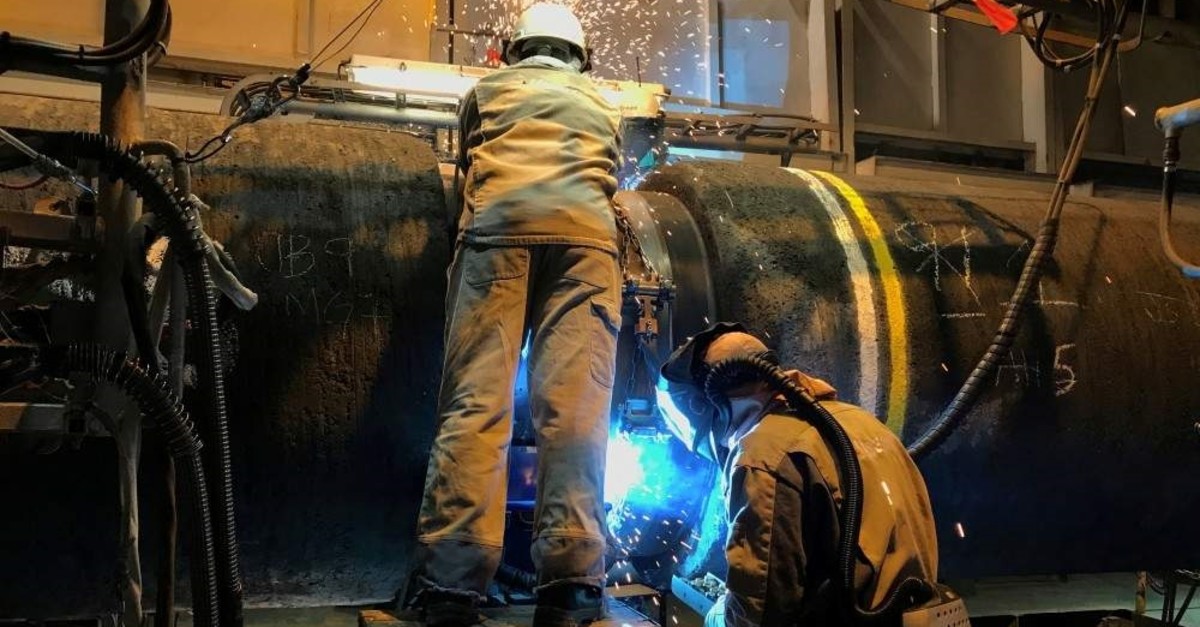 The European Union and Russia on Saturday voiced their opposition to U.S. sanctions against companies building a Russian natural gas pipeline to Germany.

"As a matter of principle, the EU opposes the imposition of sanctions against EU companies conducting legitimate business," an EU spokesman said.

The European Commission, the bloc's executive, is now analyzing the likely impact of the U.S. sanctions.

"The Commission's objective has always been to ensure that Nord Stream 2 operates in a transparent and non-discriminatory way with the appropriate degree of regulatory oversight," the spokesman said.

The spokesman noted that EU rules on pipelines to the bloc, which came into force in May, have been recognized by the U.S.

Writing on her Facebook page, ministry spokeswoman Maria Zakharova slammed Washington for promoting an "ideology" that hinders global competition over the pipeline, which will carry Russian gas under the Baltic Sea to Europe.

The German government also criticized the U.S. for imposing sanctions.

"The government rejects these sorts of extra-territorial sanctions. They will hit German and European companies and constitute an interference in our internal affairs," Chancellor Angela Merkel's spokeswoman, Ulrike Demmer, said in a statement.

Meanwhile, the group behind Nord Stream 2 said it aimed to complete the pipeline after a major contractor suspended pipe-laying activities due to U.S. sanctions.

"Completing the project is essential for European supply security. We, together with the companies supporting the project, will work on finishing the pipeline as soon as possible," the group said.

The project aims to double the delivery of Russian natural gas to Europe's leading economy, Germany, but U.S. lawmakers warn it will enrich a hostile Russian government and vastly increase President Vladimir Putin's influence at a time of heightened tension across the continent.

The sanctions come as Ukrainian and Russian officials have worked out final details for a contract that will continue shipments of Russian gas to European markets. The current contract for gas being sent to Europe through the territory of Ukraine expires at the end of the year and there had been a high concern that failing to reach a new agreement would interrupt supplies as winter sets in.