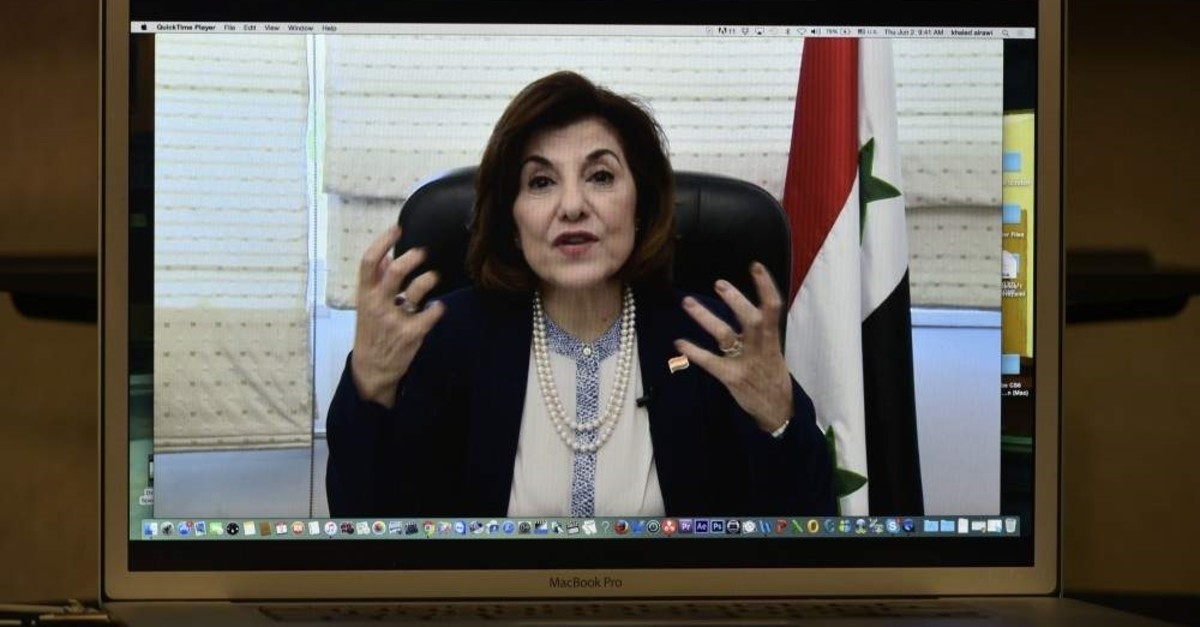 Bouthaina Shaaban, political and media adviser to Bashar Assad, speaks via Skype during a press conference organized by The Global Alliance for Terminating ISIS/Al-Qaida at the National Press Club in Washington, June 2, 2016. (AFP Photo)
by Daily Sabah Dec 26, 2019 11:37 am

The Bashar Assad regime said Wednesday it has started joint hydrocarbon exploration works with Russia in the Mediterranean.

"This is the first time I am talking about this: Syria has begun the work on oil and gas exploration in the Mediterranean with Russian companies," Assad's adviser Bouthaina Shaaban said.

Shaaban added that the regime began preparing for this process several years ago.

She did not name the Russian companies involved in the exploration works.

The announcement comes amid heightened tension in the Eastern Mediterranean over Turkey's maritime deal with Libya. The deal enables Turkey to secure its rights in the Mediterranean while preventing any fait accompli maneuvers by other regional states.

The agreement asserts Turkey's rights in the Eastern Mediterranean in the face of unilateral drilling attempts by the Greek Cypriot administration, clarifying that the Turkish Republic of Northern Cyprus (TRNC) also has rights to resources in the area. Fellow regional actor, Greece, did not welcome the deal and even regarded it as a violation of its own rights, though international law deems otherwise.
RELATED TOPICS