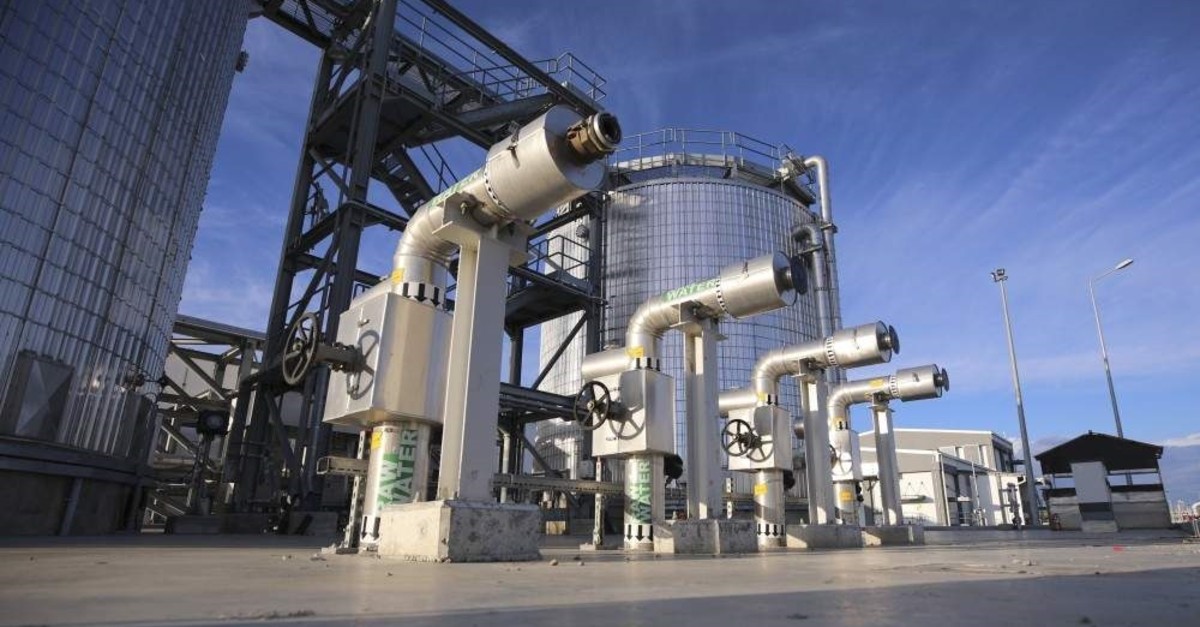 Turkey is one of the biggest gas markets in its region with an annual consumption of nearly 50 billion cubic meters, 18th in the world and fourth in Europe. (AA Photo)
by Daily Sabah Dec 30, 2019 7:09 pm

Relying on imported resources for its energy needs and paying a high bill, Turkey should better capitalize on the growing global supply and should fuel its renewable potential with new investment schemes

The global energy markets have already started to talk about the glut they are expecting to face over the next five years beginning in 2020. While oil and gas output is forecast to surpass demand, which is estimated to remain stable, larger energy importers, including Turkey, will benefit from falling prices, according to International Energy Agency (IEA) Executive Director Fatih Birol.

In a meeting with journalists on Friday, Birol stated that international energy prices would hover around reasonable levels in 2020, as the world entered an era of what is known as supply glut, a period of excess of supply in relation to demand. "The markets will be particularly drowned in liquefied natural gas (LNG). We are expecting a significant drop in gas prices over the next two years," he said, adding, "Turkey has done very well to seize upon the more economic LNG trend, thanks to a timely project. If it carries out more competitive projects to fortify its energy infrastructure, the Turkish economy will surely enjoy greater benefits," Birol remarked.

According to the data of the Energy Market Regulatory Authority (EMRA), Turkey imported approximately 10.3 billion cubic meters of LNG over the period between January and October this year.

Last year, Turkey's dependence on pipeline gas saw a dramatic decrease to 77.5% down from 88% in 2017. On the other hand, the share of LNG in gas imports rose to 22.5% or a total of 11.3 billion cubic meters. Currently, Turkey operates four LNG terminals – two of them constituting floating storage and regasification units (FSRU) and the remaining two based on land. The LNG terminal in Marmara Ereğlisi, located 120 kilometers west of Istanbul in the northern Marmara Sea, operates at a capacity of 5.9 million tons. The terminal is capable of sending out 8 billion cubic meters per year. Another land terminal is located in the industrial Aliağa district of the Aegean province of İzmir with a capacity of 4.4 million tons of LNG. The İzmir terminal operated by Egegaz has a regasification and compression capacity for 6 billion cubic meters per year.

Turkey's first floating storage unit (FSRU) began operating in December 2016 in Aliağa and is capable of supplying 5.3 billion cubic meters gas per year, regasifying more than 12% of Turkey's annual gas demand. The second FSRU operated by BOTAŞ was commissioned in January 2018 in the Dörtyol district of southeastern Hatay province on the Mediterranean coast. It has a storage capacity of 263,000 cubic meters – the largest in the world. The unit has around 20 million cubic meters of daily output capacity.

Turkey is one of the biggest gas markets in the region, with an annual consumption of 50 billion cubic meters – 18th in the world and fourth in Europe, nearly all imported from the world's largest producers. The country's annual energy bill is estimated to stand at around $45 billion.

The head of the IEA head also underscored that renewables would take a higher share in the country's energy basket as the capacity of both solar and wind power continues to increase across the country, leading to falling costs.

The wind power constitutes the world's third most used energy resource, after coal and natural gas. "Currently, the global capacity for wind power stands at around 570 gigawatts (GW). We assume that this figure will double by 2030. The reason for the continued rise in renewables is not mainly driven by concerns over climate change or energy transition, but the trend stems from falling prices as renewable projects have become more and more affordable," Birol explained.

Pointing out that offshore wind power plants would play a significant role in power, given European investment projects due to take effect over the coming years, Birol said Turkey should also utilize its offshore wind power capacity. "The reason why offshore wind projects have been favored in some parts of the world is the high quality of the wind out at sea. But in Turkey, the onshore wind here is already of high quality, while the seafloor is too deep to easily carry out these projects. Turkey should focus on maximizing its onshore wind capacity," he added.

Speaking of Turkey's investment incentive schemes, Birol stressed that the current mechanism, the Renewable Energy Support Scheme (YEKDEM), had played a very positive role in the development of the country's bid to increase the renewable capacity. "I am hoping for a new mechanism that should set a base price and pave the way for investors. The biggest problem for investors is uncertainty. I believe that policymakers will introduce a new mechanism and remove the uncertainty in the market in a very short period of time," he said.

In a bid to highlight the growing importance of wind power projects around the world, Turkish Wind Energy Association Chairman Hakan Yıldırım underscored that around $4 trillion would be invested in wind power by 2050.

According to data provided by the Energy and Natural Resources Ministry, Turkey currently enjoys a capacity of 7,600 megawatts in wind power.

The sector currently provides jobs for 7,000 people, Yıldırım said. "For the sustainability of wind power investments, the sector is in urgent need of a new investment scheme. When there is no base price, it is really hard to expect more wind power projects," he remarked, pointing to the fluctuating trend of investments to add that last year, Turkey had added 490 MW to its wind power capacity.

"Turkey will close this year with an additional 490 MW capacity, which is very low considering the huge potential of the country, which is estimated at 48,000 MW," Yıldırım said. The sector believes, he said, that the lack of a new mechanism to replace YEKDEM, which will be concluded by the end of 2020, is the biggest obstacle preventing new investments. Since YEKDEM will be no longer implemented in 2021, Turkey is estimated to add another 1,500 MW next year.
RELATED TOPICS