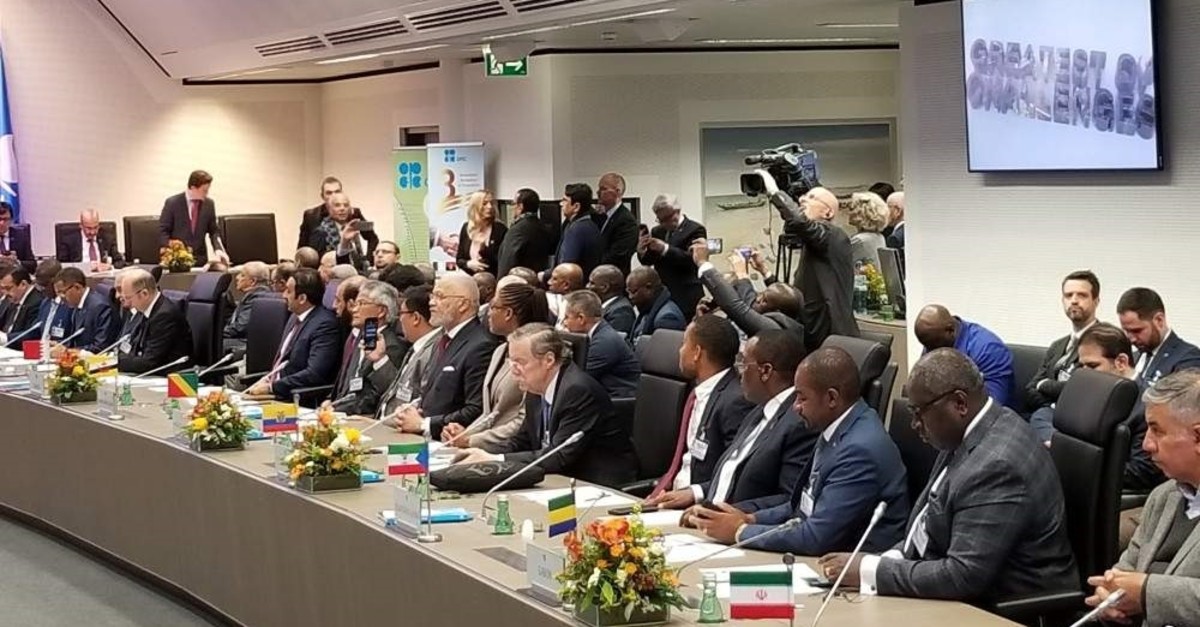 The decision of the Organization of the Petroleum Exporting Countries (OPEC) and its allies to cut production by 500,000 barrels per day (bpd) entered into force Wednesday.

The decision was reached on Dec. 6 during a meeting at OPEC's headquarters in the Austrian capital Vienna in a bid to bolster prices, which have been under pressure from abundant reserves and weak global economic growth.

The meeting ended with a deal for a cut effective as of Jan. 1, which sets an output target of 1.7 million bpd, lower than October 2018 levels, with Saudi Arabia and Russia making almost half the additional reductions between them. The cut will be applied until the end of March 2020.

Saudi Prince Abdulaziz bin Salman had announced at a news conference on Dec. 6 that 167,000 barrels out of the cut of 500,000 would be met by Saudi Arabia. Salman added that Saudi Arabia would cut its daily production voluntarily by 400,000 barrels.

Experts expect crude oil prices to increase after the decision.