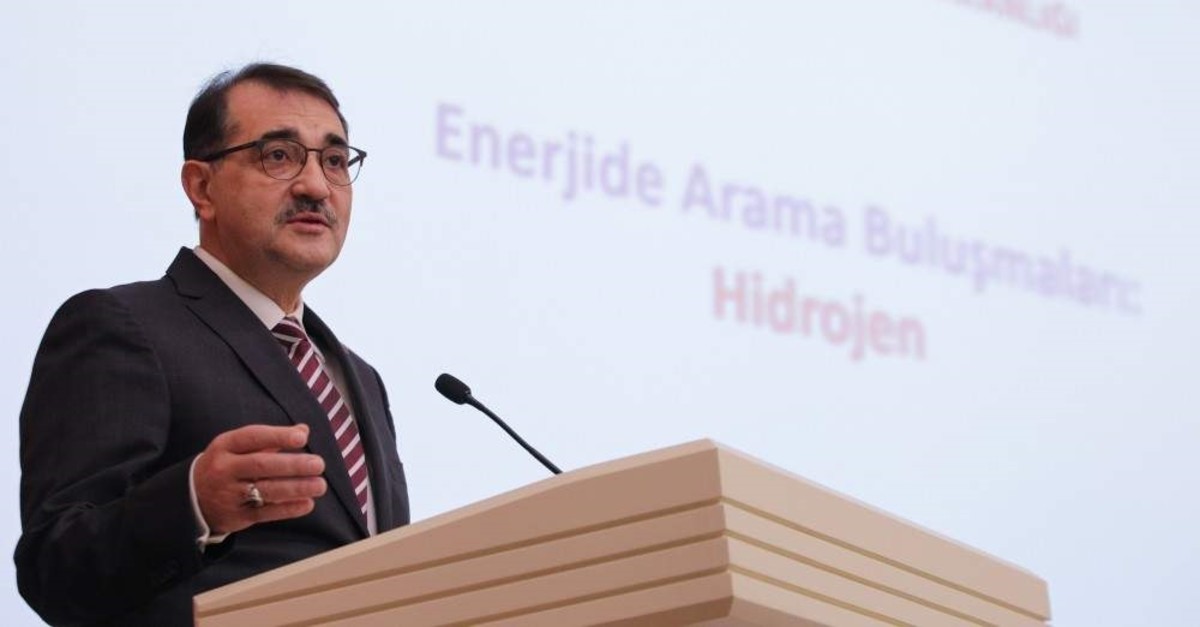 In a move to diversify cleaner energy resources and reduce carbon emissions, Turkey has launched an initiative to exploit hydrogen as a fuel in various sectors, making it available to the market by the end of 2021

Turkey aims to utilize hydrogen in several energy sector areas including renewables, heating and transportation, according to Turkey's Energy and Natural Resources Minister Fatih Dönmez, who made a statement on Wednesday in Ankara.

Speaking at a workshop organized by the ministry, Dönmez described hydrogen as "the energy carrier of the future" and relayed that this element is at the center of current discussions to widen its use in Turkey.

Hydrogen will be part of Turkey's short and long-term goals to ensure the security of energy supply, Dönmez said.

One of these efforts published on Dec. 27 was in the introduction of Turkey's first indigenous automobile prototype – an all-electric vehicle.

The electric car was designed and its prototype manufactured within 18 months by Turkey's Automobile Joint Venture Group (TOGG), a conglomerate of industrial giants including the Anadolu Group, BMC, Koç Group, Turkcell and Zorlu Holding as well as an umbrella organization, the Union of Chambers and Commodity Exchanges of Turkey.

Hydrogen will have a part to play in these efforts in four different application areas, by putting "indigenousness" at the heart of its energy strategy, Dönmez explained.

"These strategies include more incorporation of renewable energy to the system – the decarbonization of the heating sector, the hydrogen production from local coal and the increasing of the use of boron through using hydrogen as a storage and conservation material," he explained.

The minister underlined the importance of producing hydrogen and liquid fuel from coal given the possibility of a reduction in emissions-free transportation costs over the long term.

The first inflow of hydrogen planned for 2021

The natural gas sector has already begun studies to use hydrogen with its first inflow to the distribution system projected to start by the end of 2021 at the latest. However, Dönmez noted that this initial step would be an experimental one to test the success of a working system rather than a major start to hydrogen deployment.

Hydrogen is also of major interest to the global transport sector particularly as electric transportation is still a costly option for heavy goods transportation, Dönmez said.

"We have an option to provide clean transportation by producing hydrogen from our local coal. Although the costs are currently high [for this option], a bus can travel 1,030 kilometers with hydrogen that is produced from 1 tonne of coal on top of which it would be without emissions," he said.

The use of clean hydrogen in various things such as cars, trucks, steel and heating buildings is another important challenge. According to the International Energy Agency (IEA), there are currently around 11,200 hydrogen-powered cars on the road worldwide. The agency called on governments to increase the number dramatically to 2.5 million by 2030.

Today, hydrogen is already being used on an industrial scale, but it is almost entirely supplied from natural gas and coal, the IEA said in a report titled "The Future of Hydrogen: Seizing Today's Opportunities," which was released in June. "Its production, mainly for the chemicals and refining industries, is responsible for 830 million tonnes of carbon dioxide emissions per year," the report noted.

While reducing emissions from existing hydrogen production is a challenge, it also represents an opportunity to increase the scale of clean hydrogen worldwide, according to the agency. One approach to make hydrogen cleaner is to capture, store or utilize the carbon from hydrogen production from fossil fuels.