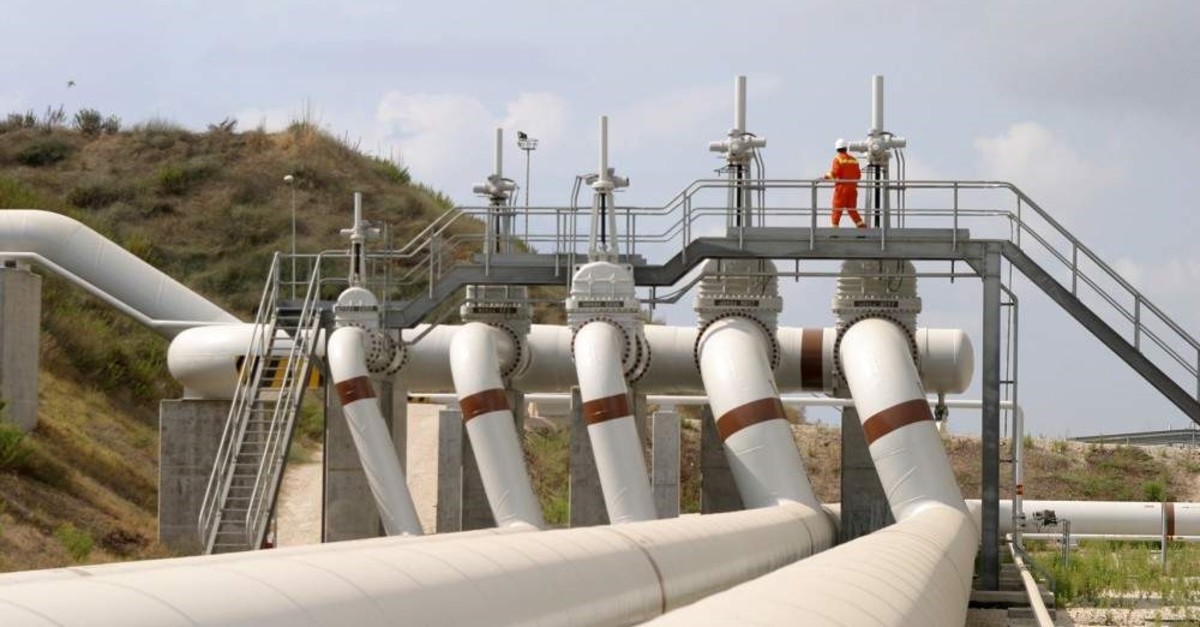 Delivering Azerbaijani oil to the global markets, the Baku-Tbilisi-Ceyhan pipeline has carried over 3.3 billion barrels of crude oil since its inauguration in 2006. (AA Photo)
by Daily Sabah with AA Jan 15, 2020 3:10 pm

The Baku-Tbilsii-Ceyhan (BTC) pipeline – which carries Azerbaijani oil from the Caspian Sea, in addition to volumes from other regional countries including Russia and Kazakhstan – delivered 233.17 million barrels of crude oil to the global markets last year, according to the data of Turkey's Petroleum Pipeline Corporation (BOTAŞ). In 2018, the pipeline carrier 255.7 million barrels of oil.

According to BOTAŞ, the 1,776-kilometer-long BTC pipeline – a historic international energy project – has delivered over 3.3 billion barrels of oil since its inauguration on July 13, 2006.

The annual oil transit amount in 2007, one year after the pipeline's inauguration, was around 210 million barrels, BOTAŞ figures showed.

The seven oil tanks in the Ceyhan region each have a storage capacity of 1 million barrels, in addition to 51 valve stations, four pump stations and two rig stations.

The pipeline facilitates the export of Caspian oil to the global markets without increasing the tanker traffic on Turkey's Bosporus and Dardenelles (Çanakkale), two bottlenecks for tankers.

The 1,076-kilometer-long Turkish stretch of the pipeline is operated by BOTAŞ BİL which exports crude oil coming to Ceyhan to the global markets. The company was established on July 3, 1996, to develop strong, efficient and cooperative relations with foreign companies.