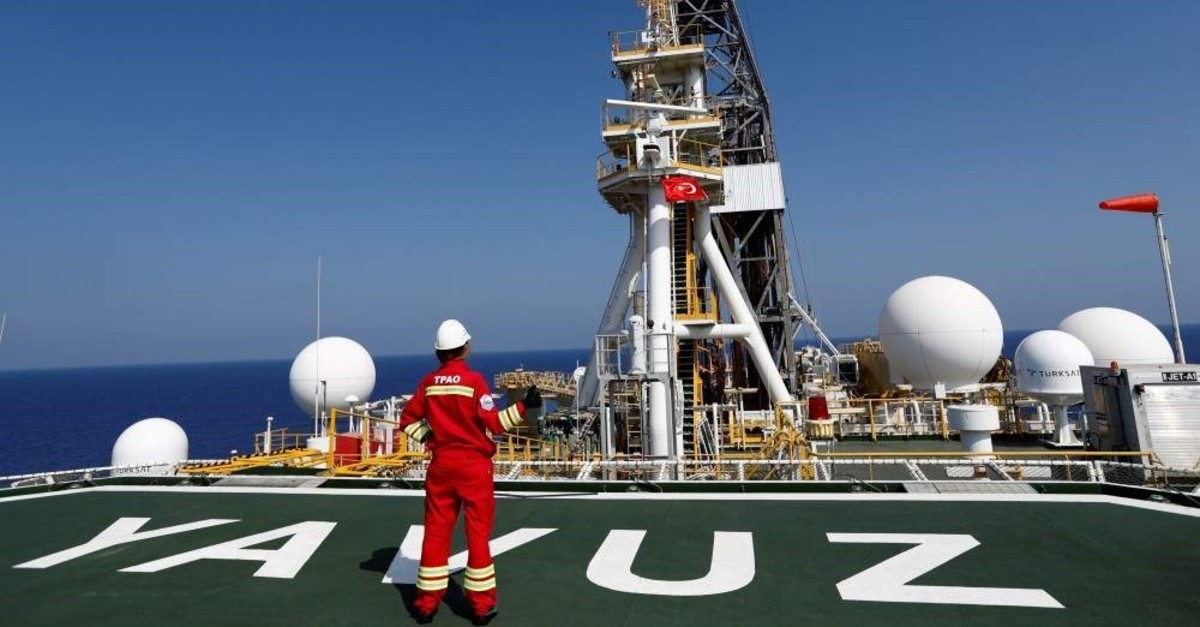 In this file photo, a Turkish Petroleum (TPAO) engineer is seen on the helipad of Turkish drilling vessel Yavuz in the East Mediterranean Sea off Cyprus, August 6, 2019. (REUTERS Photo)
by daily sabah
Jan 24, 2020 7:30 pm

Turkey's energy minister is set to grant a new license to Turkish Petroleum Corporation (TPAO) for their hydrocarbon research activities in an area within the country's continental shelf in the East Mediterranean following a recent maritime delimitation agreement between Turkey and Libya's U.N.-backed government, a Turkish foreign ministry official said.

Çağatay Erciyes, chairman of the Bilateral Political and Maritime-Aviation-Border Affairs of the Foreign Ministry, speaking at a panel held at Ankara University on Jan. 22, noted that the "Energy Ministry has already announced working on issuing new exploration and exploitation licenses in the Eastern Mediterranean in addition to those granted to TP in 2009 and 2012."

Turkey signed two memorandums of understanding (MoU), a military cooperation deal and a maritime delimitation deal with Libya's U.N.-backed Government of National Accord (GNA) on Nov. 27. Ankara then applied to the U.N. to register the deal, acting under the scope of Article 102 of the U.N. Charter.

Ankara is currently conducting research and drilling activities in the East Mediterranean with two drilling vessels – Fatih and Yavuz – and a seismic vessel, the Barbaros Hayrettin Paşa, which has been conducting exploration in the Mediterranean since April 2017, in protection of the rights of Turkey and the Turkish Republic of Northern Cyprus (TRNC).

Most recently on Jan. 18, the Yavuz drillship began the third cycle of gas exploration drilling in license area "G" in the south of Cyprus, using licenses granted to Turkish Petroleum by the TRNC in 2011.