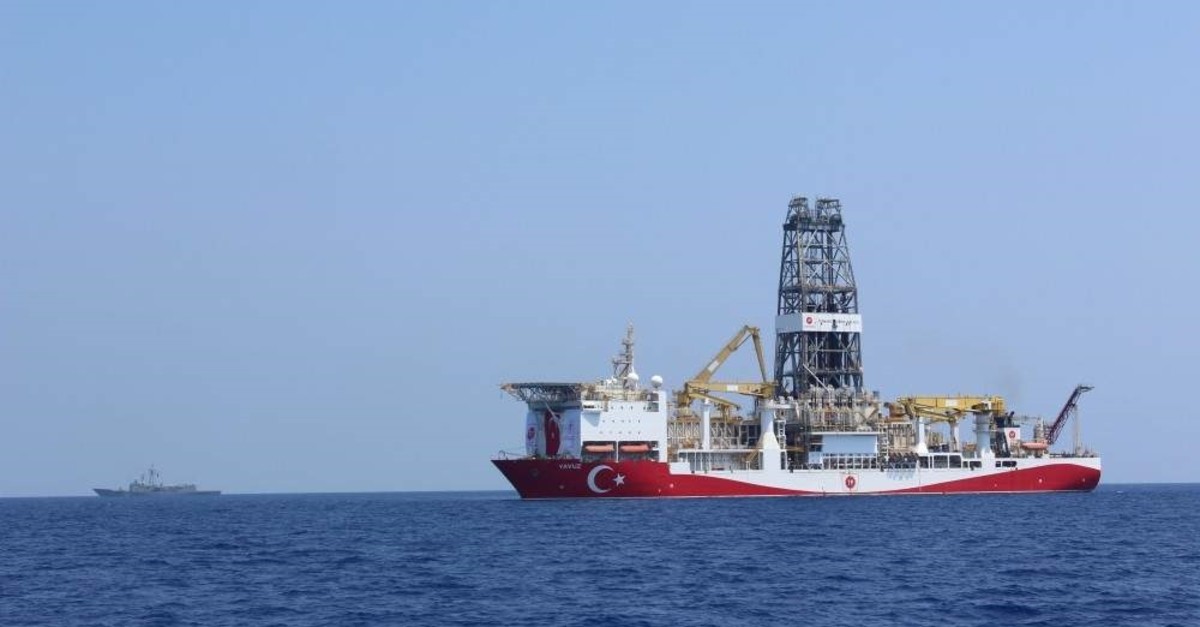 | DHA Photo
by Daily Sabah with AFP Feb 05, 2020 7:38 pm
The European Union will impose an entry ban and asset freeze on two Turkish citizens involved in their country's exploration activities for gas in the Eastern Mediterranean.

Several diplomats in Brussels told AFP Wednesday that an agreement had been reached between EU members to begin imposing sanctions, and the decision will be reviewed by lawyers on Thursday.

Over the last few years, efforts to find common ground to allow for the sharing of the Eastern Mediterranean reserves between all actors concerned, namely Turkey, the Turkish Republic of Northern Cyprus (TRNC) and the Greek Cypriot Administration; have failed.

Turkey is a guarantor nation for the TRNC and has consistently contested the Greek Cypriot administration's unilateral drilling in the Eastern Mediterranean, asserting that the TRNC also has similar rights to the resources in the region and that Ankara has the right to conduct hydrocarbon drilling there.

Ankara is currently carrying out hydrocarbon exploration activities in the Eastern Mediterranean with two drilling vessels, Fatih and Yavuz, along with Oruç Reis and Barbaros Hayrettin Paşa seismic vessels in the same region.

In July last year, EU foreign ministers decided to cut EU funds for Turkey, to reduce high-level contacts and suspend negotiations on an air transport deal. But, when confirmed, the new sanctions will be the first to target Turkish individuals involved in the project.

Turkey's active position in regional matters was further grounded Nov. 27, 2019, when it signed a memorandum on an exclusive economic zone (EEZ) with the Libyan Government of National Accord (GNA).

The Turkey-Libya agreement has established a bilateral maritime delimitation regime between the countries to secure the Turkish rights in the Mediterranean and protect them from acts of infringement of the third parties.

The decades since have seen several attempts to resolve the Cyprus dispute, all ending in failure. The latest, held with the participation of the guarantor countries – Turkey, Greece and the U.K. – came to an end without any progress in 2017 in Switzerland.
RELATED TOPICS