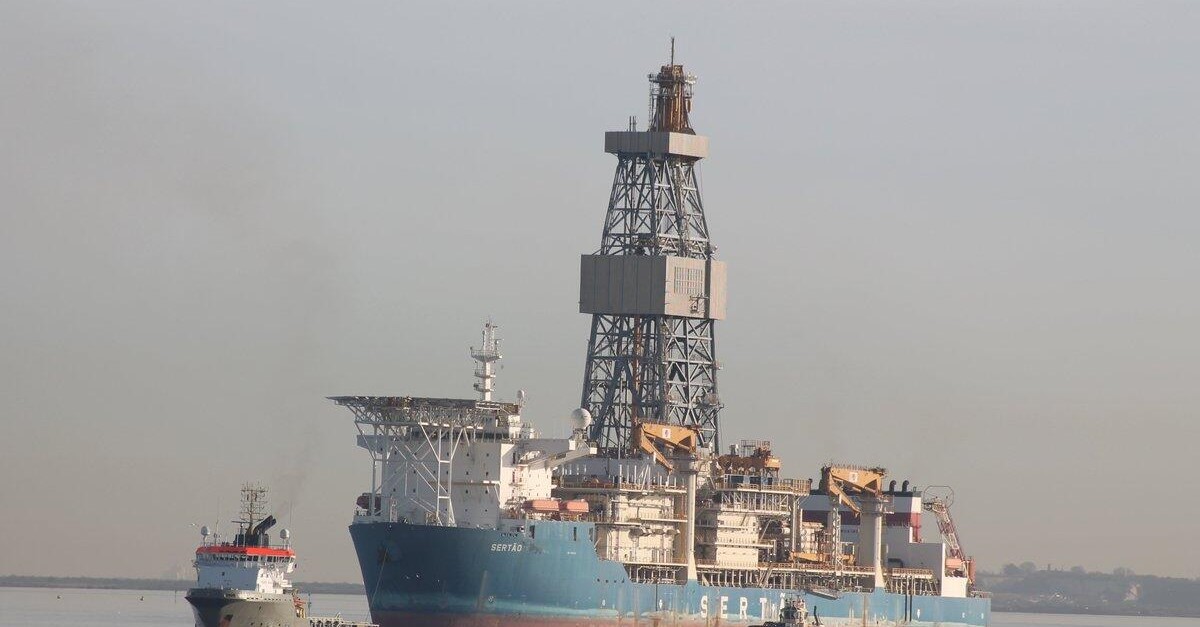 Turkey has bought its third drillship after the Fatih and the Yavuz for nearly $40 million as tensions regarding gas exploration in the Eastern Mediterranean heat up.

Having bought the first two vessels from Norway, Turkey purchased the "Sertao" drillship from the U.K. for much less than its market price.

The predicted market value of Sertao is around $120 million but Port Talbot officials in the U.K. wanted a quick relief as the ship idled unsold in the Welsh town for nearly two years.

The drillship was produced by Samsung in South Korea. The vessel was used by Brazil's Petrobras between 2012 and 2015.

The Marshall Island-flagged drillship has a length of 227 meters, a width of 42 meters and a draft of 12 meters and can reach down to 11,400 meters of depth and drill for 3,000 meters.

Since spring 2019, when Ankara sent two drilling vessels – the Fatih and the Yavuz – to the Eastern Mediterranean, work has been ongoing.

Athens and the Greek Cypriot administration have opposed Turkey's move in the Mediterranean and have threatened to arrest the drillships' crews, enlisting EU leaders to also condemn Turkey's activities.