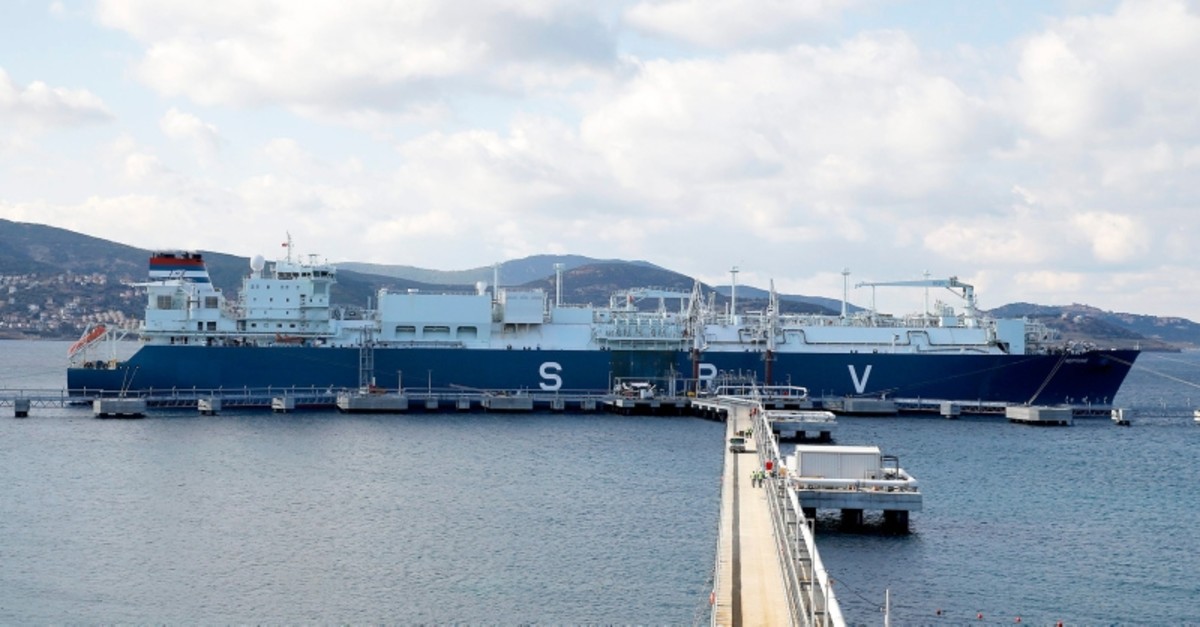 Turkey and the U.S. could reach mutual trade volumes of $100 billion through a consistent strategy that could cover trade in liquefied natural gas (LNG), renewable energy and petrochemicals, according to the director of Atlantic Council in Turkey.

Turkish President Recep Tayyip Erdoğan and U.S. President Donald Trump agreed to raise the mutual trade volume to $100 billion during a meeting on the sidelines of the G20 summit held in Osaka, Japan, in June 2019.

"The two countries still hold different positions on various sets of issues and this trend has led to a gap in confidence and trust. However, despite the current sensitive issues, there is an acknowledgment by both countries that the trade and investment relationship should be supported," Defne Sadıklar Arslan, director of the Atlantic Council in Turkey, told Anadolu Agency (AA) Monday.

She said for this reason, U.S. Commerce Secretary Wilbur Ross spent almost five days in Turkey late last year to boost the trade relationship which she believes the private sectors of both countries are ready to move on.

Arslan said this target can be achieved in the long term with the right, consistent strategy with LNG and renewable energy as the two main areas to focus on.

Although the total trade volume was about $19.3 billion in 2019, the volume needs to increase five times from where it is now, Arslan explained.

"To meet this aim, the U.S. may introduce some supportive trade regime and the Turkish private sector may focus more on how to penetrate into U.S. markets. U.S. LNG exports may also play a key role in supporting the trade relationship in the near future," she said.

To accommodate greater LNG exports, Arslan noted that Turkey's LNG infrastructure capacity is increasing, and this has been reflected in the escalation of U.S.-sourced LNG import volumes to the extent that Turkey now ranks second after Spain as Europe's second-largest importer.

Since the U.S. started exporting domestically produced LNG in February 2016, it has become the second-biggest LNG importer from the U.S. in Europe and Central Asia, after Spain, based on data from the U.S. Department of Energy's LNG Monthly report in August 2019.

According to Turkey's Energy Market Regulatory Authority's (EMRA) data, Turkey imported 7.14 billion cubic meters (bcm) in the first half of 2019. The country imported 2.94 bcm of LNG from Algeria and 1.27 bcm from Qatar. Turkey imported 884 million cubic meters (mcm) of LNG from the U.S. over the same period, greatly surpassing that of the previous year of 191 mcm, marking a 363% boost.

The increasing share of LNG in Turkey's natural gas system is largely due to the expansion of Turkey's LNG import capacity at its onshore terminals and the two floating storage and regasification units (FSRU).

She advised that as part of the Atlantic Council's work in Turkey, they aim to strengthen economic relations and analyze investment opportunities, which the council considers is prudent in the LNG sector as well as potentially in renewable energy and petrochemicals.

As part of the Atlantic Council's aim, it will host a high-level renewable energy conference together with the European Bank for Reconstruction and Development (EBRD) in Istanbul on Feb. 13 titled Renewable Energy Outlook Conference: Financing, Investment, Regulation, and New Technologies in Turkey, Central Asia, Caucasus and the Western Balkans.

"I believe that Turkey has a huge potential to become a regional energy hub and hope that this conference can grow into a leading regional energy gathering in Turkey," Arslan said.

The conference will host nine senior representatives from nine countries in the region along with top executives of 29 international companies.

Of these representatives, three are ministers and six are deputy ministers.