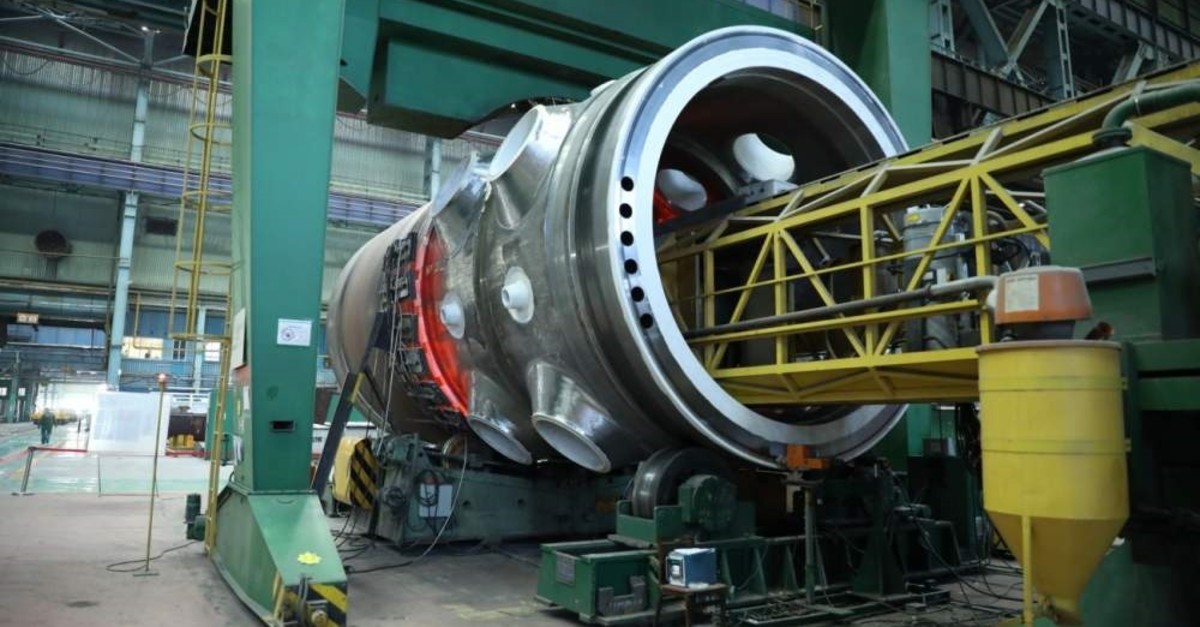 Atommash, the Volgodonsk branch of AEM-technology, which operates alongside Russian State Atomic Energy Corporation Rosatom's machine-building division of Atomenergomash, completed a key manufacturing stage in Turkey's first nuclear plant's equipment with the closure welding of the reactor pressure vessel, according to the statement.

Specialists carried out the welding, over a 10-day period, using heat ranging from 150 to 300 degrees celsius to connect the upper and lower semi-vessels, the company confirmed.

"Following the welding operations, the reactor pressure vessel, weighing 320 tons was placed in a furnace using a crane, where the product will be heat treated for two days. Then, specialists will conduct a full range of control operations of the weld, including a radiographic test," the statement read.

An intergovernmental agreement was signed between Turkey and Russia in May 2010 for the Akkuyu NPP that will consist of four VVER-1200 power units with a total installed capacity of 4,800 megawatts (MW).

Turkey's President Recep Tayyip Erdoğan and his Russian counterpart Vladimir Putin presided over the plant's groundbreaking ceremony on April 3, 2018, via a video conference call from Ankara.

The plant will have a working life of 8,000 hours per year and will produce 35 billion kilowatts of electricity at full capacity, which will meet about 10% of Turkey's electricity needs. The plant has an operational date for the first reactor in 2023, while the plant is expected to be up and running at full capacity by 2025. The service life of Akkuyu NPP is 60 years.