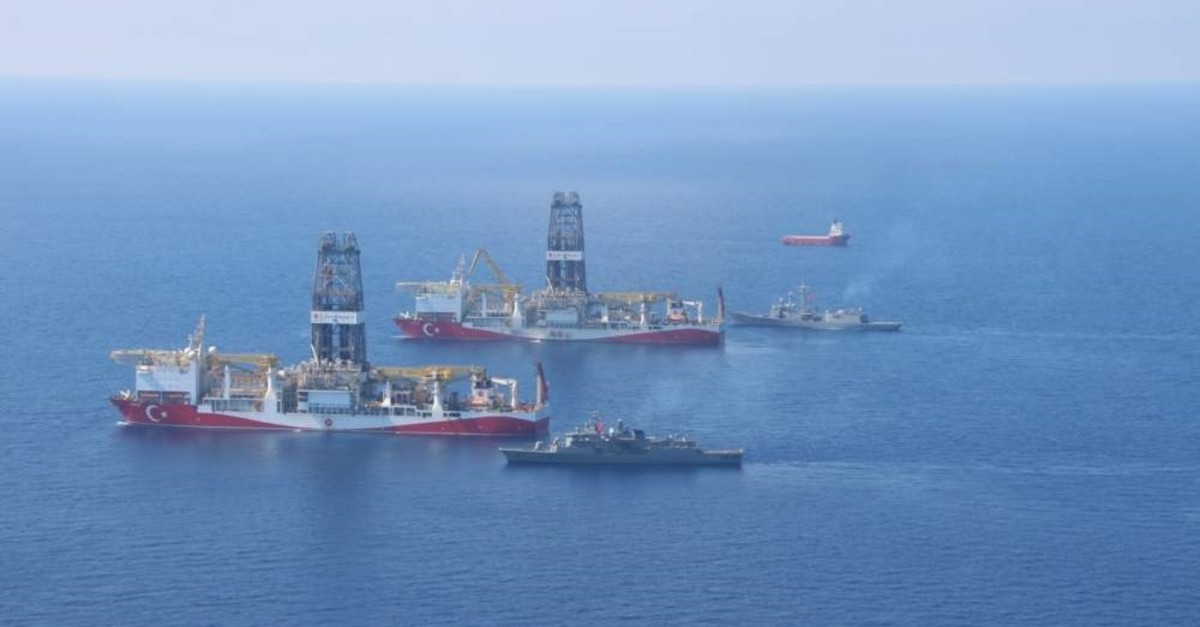 Turkey's drilling vessels Fatih and Yavuz have started their first drillings of 2020. The two vessels had been carrying out exploration and drilling activities within the country's maritime borders in the Eastern Mediterranean, since last year. This year's operations are launching with the first two of five planned offshore drilling exercises.

Fatih has started its activities at the new drilling area off the coast of Taşucu in Turkey's southern province of Mersin. Its activities there will continue until April 10. Last month,Yavuz began its drilling activities along the Lefkosa-1 line hydrocarbon field offshore northern Cyprus in the Eastern Mediterranean Sea.

The Turkish Naval Forces Command is providing full protection to the drilling vessels.

Turkey bought its third drillship on Feb. 9 for nearly $40 million. The vessel is worth much more, but Port Talbot officials reportedly were in a hurry to sell it. The drillship which has been idle and unsold for nearly two years at the port of a Welsh town has an estimated market value of $120 million.

The vessel is currently harbored at Port Talbot in the U.K. Drillship "Sertao" will set sail for Turkey by the end of this month, to work along with Fatih and Yavuz in the Eastern Mediterranean.

The drillship was produced by Samsung in South Korea. It was used by Brazil's Petrobras between 2012 and 2015.

The Marshall Island-flagged drillship has a length of 227 meters, a width of 42 meters and a draft of 12 meters. It can reach as much as 11,400 meters below sea level and drill to a depth of 3,000 meters below the sea bed.

Ankara also plans further drilling and exploration activities in the region this year. These operations will include blocs in Libya's exclusive economic zones (EEZ) in consideration of the latest maritime delimitation agreement between Ankara and Libya's U.N.-recognized Government of National Accord (GNA). The agreement was signed on Nov. 27, 2019, and ratified by the Turkish Parliament on Jan. 2, 2020.

The maritime delimitation agreement, which secured both countries' western border in the sea, was a response to the attempt to sideline Turkey and the Turkish Republic of Northern Cyprus (TRNC) in the Eastern Mediterranean.

In 1974, following a coup aiming at Cyprus' annexation by Greece, Ankara had to intervene as a guarantor power. TRNC was founded in 1983.