Early adopter of renewables: Turkey among pioneers in MENAT region 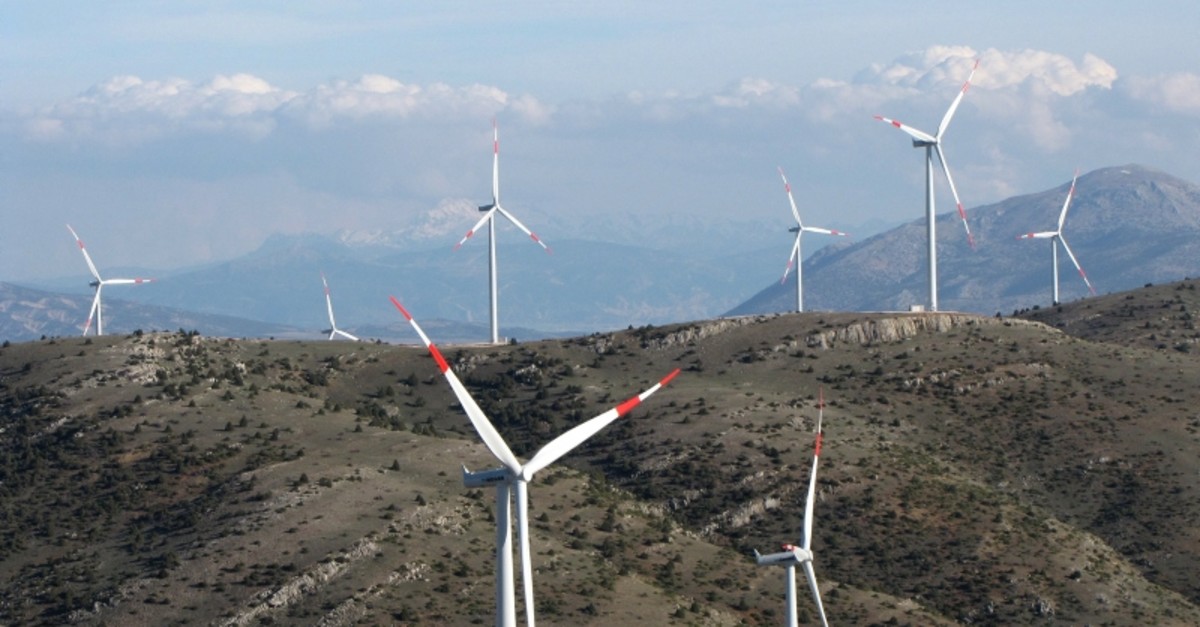 Turkey has become one of the largest markets within the region by using multiple platforms to encourage renewables, introducing a renewable energy resource zone and attracting investors' interest through new auction models

Manar al-Moneef, president and CEO of GE Renewable Energy in the MENAT region, gave examples of Turkey and Morocco, both of which were heavily dependent on fossil fuels for electricity, as a success story in transitioning to renewables.

She told Anadolu Agency (AA) that "97% of Morocco's imports were only fossil fuels to produce electricity. Turkey had a huge amount as well. These are the early movers."

Al-Moneef spoke on the sidelines of the Renewable Energy Outlook Conference: Financing, Investment, Regulation, and New Technologies in Turkey, Central Asia, Caucasus and the Western Balkans, which was held Thursday in Istanbul.

Energy importer countries in the MENAT region began to deploy renewables as the technology developed in the last few years. She explained that 10 years ago, governments heavily subsidized the cost of fossil fuel energy when the costs were significantly lower than renewables.

Both countries prepared to expand their renewable energy portfolio by developing strong regulatory systems to attract investors and developers to the market, she said.

"Today if you look at Morocco, they achieved their 2020 target of 2 gigawatts (GW). Turkey has over 7 GW on the grid which is exactly the target they had, and they are developing more," she said.

However, she maintained that with the oil price fluctuation in the last few years from $140 per barrel at its peak to lows of $20 per barrel, now oil exporters are starting to consider renewable energy for electricity production.

"Countries, like Saudi Arabia, have actually invested in solar and wind, and they now have one of the cheapest energy costs globally. Now it is not only oil importers but also oil exporters who are saying it makes economic sense. The question is not whether people are going to use renewables; the question is how fast can they do so and deploy it," she asserted.

Early movers to renewables are at an advantage, one of which she said was Turkey by developing a very strong regulatory system in terms of feed-in tariffs.

Subsequently, Turkey continued to further encourage renewables through the introduction of the renewable energy resources zone, or the YEKA scheme, in 2017, and by attracting investor interest through new auction models, all of which ensured that costs were driven down and that renewables deployment moved at a very fast pace, al-Moneef said.

YEKDEM offers a feed-in tariff of $0.073 per kilowatt-hour (kWh) for wind and hydropower projects, $0.105 for geothermal facilities and $0.133 for solar energy and biomass geothermal plants. However, the scheme will end in 2020, and work is ongoing to introduce a more updated and efficient replacement.

On Oct. 7, 2019, Energy Minister Fatih Dönmez announced plans to hold YEKA tenders for solar energy in a new form, known as "mini YEKA" which are due to be held in the first half of 2020.

She said she is very impressed with the fact that Turkey has become one of the largest markets within the region by using multiple platforms to introduce renewables.

"You have the feed-in-tariff which allowed people to understand the industry, developed the capabilities and the entire necessary infrastructure," she said.

Al-Moneef, referring to the conference speech of Alparslan Bayraktar, Turkey's deputy energy and natural resources minister, who explained Turkey's road map for the post-feed-in tariff period and the new system to support renewables, concluded that there would be a faster ramp-up rather than a slowdown in renewables in Turkey.

'Local manufacture in Turkey is the right decision'

Al-Moneef also hailed the activities and operations of GE in Turkey. "Turkey is like a partner for us in GE. We are very proud of what we have done. Today GE is very proud to have 560 employees in the LM Wind Power facility in İzmir with over 24% of them being female."

She stressed the blades produced in GE's LM Wind Power facility are exported to Australia, Europe and the rest of the world, a trend she described as a "huge landmark."

GE, a company that is significantly investing in offshore products and which has the largest offshore turbines globally, is currently expanding its LM Wind Power factory and is introducing the Cypress, the largest onshore wind turbine at 5.3-megawatts, she said.

As a market leader in offshore technology, she said GE would be interested in all new opportunities in offshore projects including Turkey's first planned offshore wind farm.

Turkey wants to add offshore wind to its energy mix in the coming years, and based on this aim, the country plans to offer, for the first time, a total of 1.2 GW of capacity with a total investment volume forecast to exceed $3 billion.