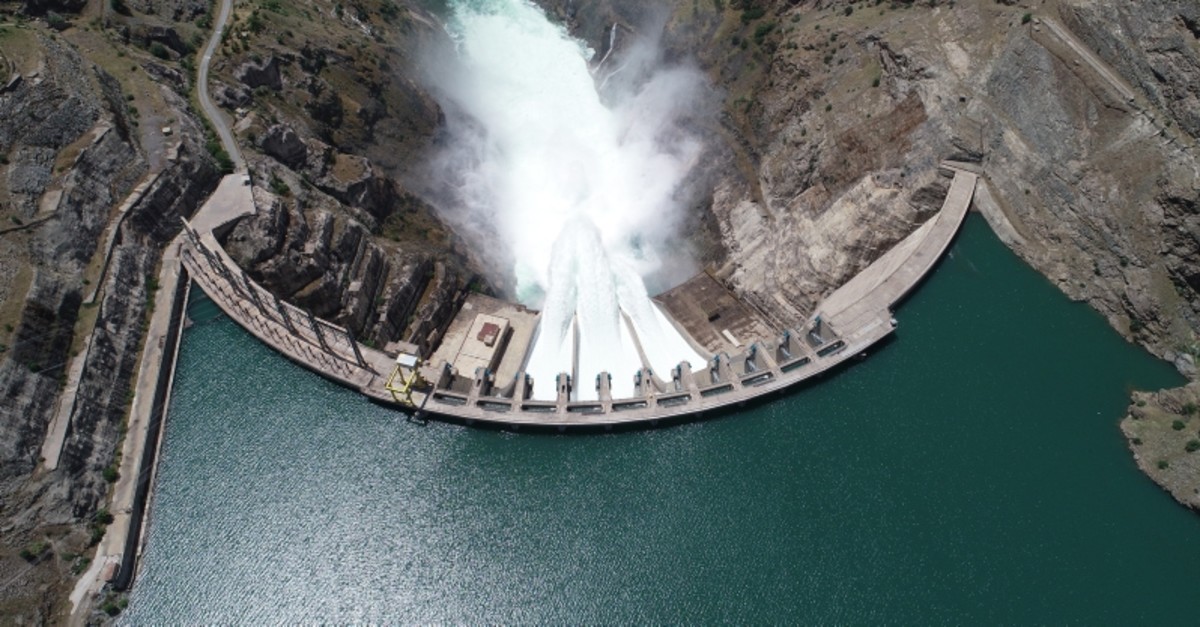 The energy generated at Turkey's three largest hydroelectric power plants – the Atatürk, Karakaya and Keban dams – increased by 106% in 2019 compared to the previous year.

Officials said frequent rainfall and snowfall above the seasonal average in 2019 led to the sharp rise in energy production, which led the three dams to see a "golden year."

The energy generated at Keban Dam, also located on the Euphrates river but in Keban, Elazığ, amounted to 7.44 billion kWh, 3.7 billion more than the previous year's figure. 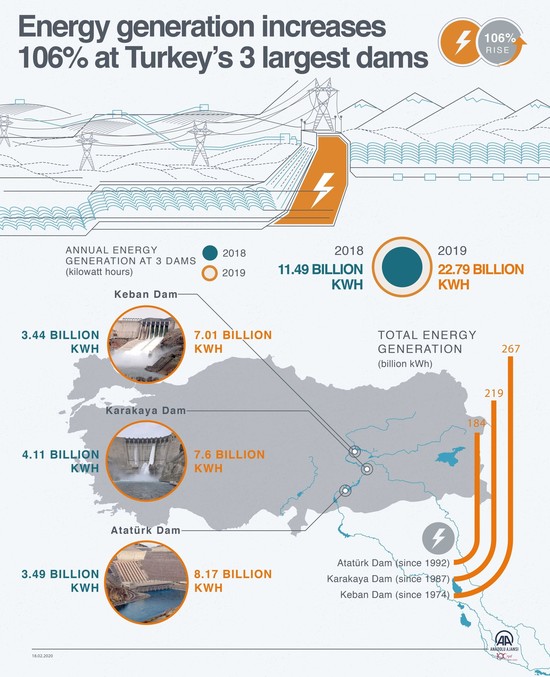 In 2019, Turkey's renewable energy capacity recorded a significant surge, with a steady increase of 11% per year amid a 7% annual capacity rise in other fuels for power generation.

Local and renewable resources, including solar, wind, geothermal, hydropower and biowaste, generated more than 44% of the total power, according to the preliminary data compiled from the Ministry of Energy and Natural Resources. The total gross power generation was calculated at 303,674 billion kilowatts per hour.

Since their inaugurations, the Atatürk, Keban, and Karakaya dams generated combined energy of 670 billion kWh, according to data.

Completed in 1993, the Atatürk Dam, the world's fifth-largest dam, has generated 184 billion kWh since it started operations. Keban dam generated a total of 267 billion kWh in the last 46 years since its inauguration. Karakaya dam's total production amounted to 216 billion kWh, the report said.

Apart from supplying electricity to millions of households, the dams also contribute to the local economy and food supply with its fish farms.

Originating in eastern and northeastern Turkey's highlands and mountain ranges, the Euphrates river flows 2,800 kilometers, crossing Syria and Iraq before merging with the Tigris – which also originates in eastern Turkey – to form the Shatt al-Arab River that empties into the Persian Gulf. Both rivers serve as lifelines for millions in Iraq and Syria.