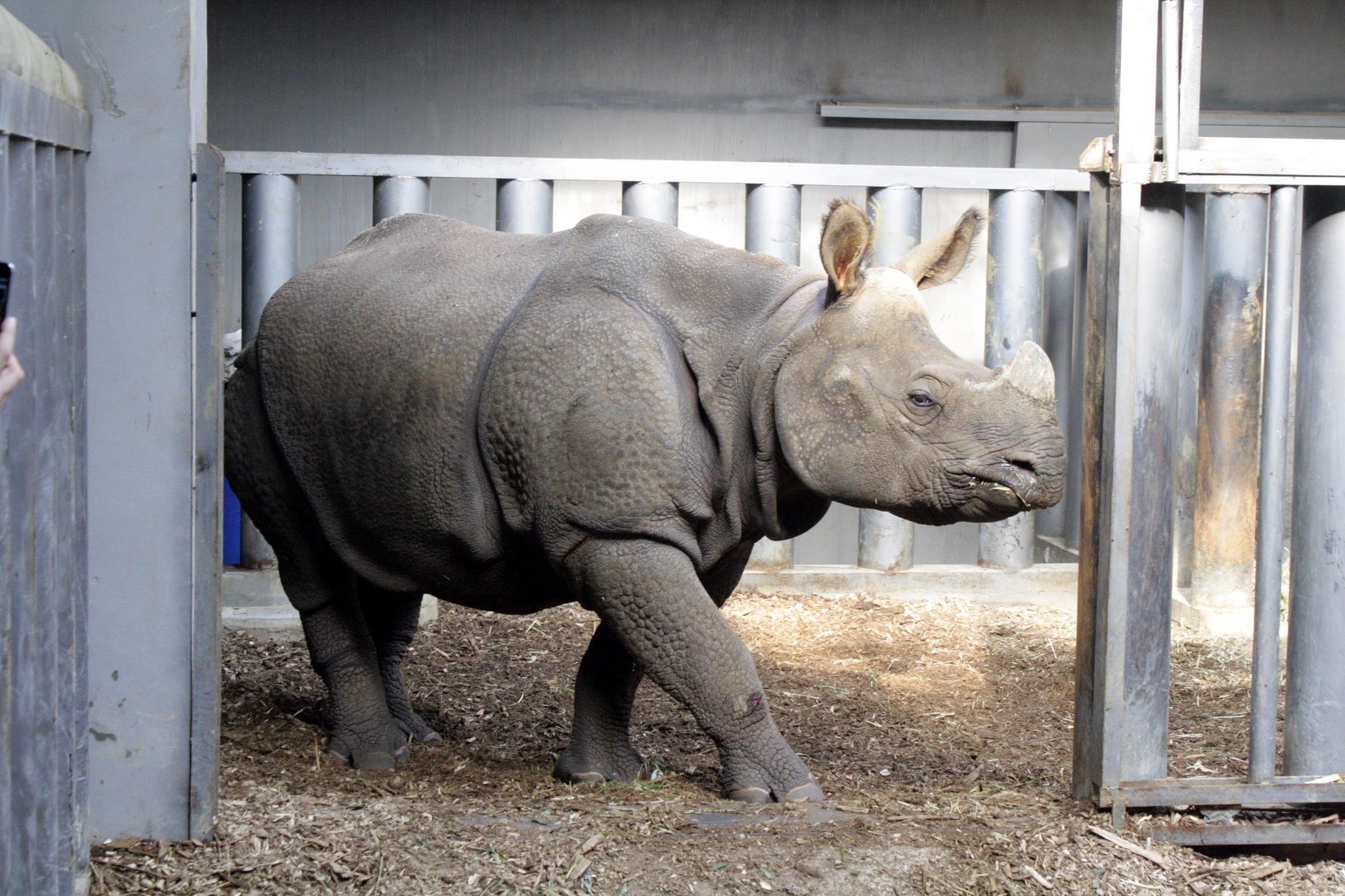 Turkey's first Indian rhinoceros, Samir, has finally been united with his new mate, Komala the rhino from the U.K.

Weighing 2.4 tons, 8-year-old Samir had been waiting for a year at the Darıca Faruk Yalçın Zoo Park in northwestern Kocaeli province to meet his female partner, Komala.

The zoo has prepared a 3,220-square meter open area for the both of them, but for now each rhino will stay in their own designated areas so that they can get accustomed to each other.

After living with her mother at the Chester Zoo for three years, Komala was finally ready to go to her new home.

Komala's arrival was originally planned for April or May 2016.

Komala, whose Indian name means delicate, has been described as quite restless and 'a little bruiser'.

Stating that Komala's arrival had been much easier than Samir's, the zoo said that she was first flown via a cargo plane to the Atatürk International Airport in Istanbul and then transferred to the zoo in a private vehicle.

Samir had been brought in from the Edinburgh Zoo, on December 1, 2015. After a week-long journey, he had arrived at his new home in the Darıca Faruk Yalçın Zoo and Botanic Park.

Yücel Yılmaz, the manager of the zoo, had last year said that rhinos like Samir were endangered and considered very precious by poachers due to their horns. These rhinos are different from other kinds of rhinos for their armor-like skin and having one horn only.

Indian rhinos are the second largest species of rhinoceros. They generally live in northern India and Nepal. Their lifespan is generally 40 years. Known for being excellent swimmers, they can also run up to 40km/h. There are only around 3,000 of them left in the wild and therefore are classified as endangered.