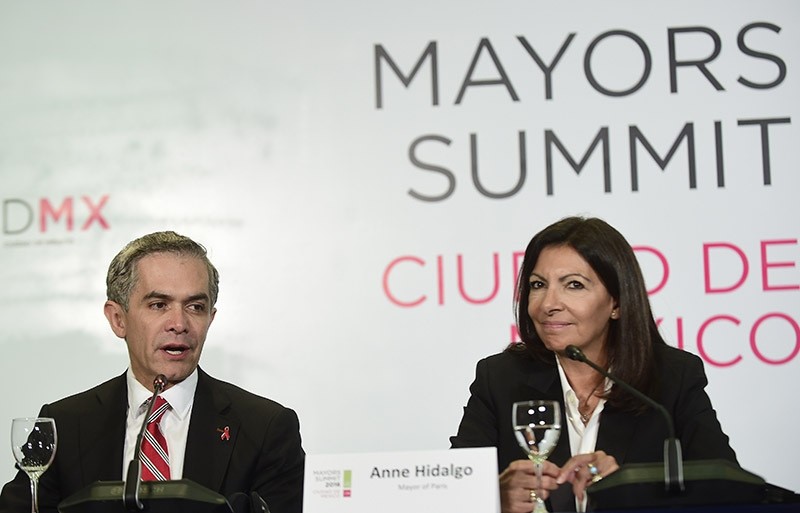 Mexico City has joined with Paris, Madrid and Athens in committing to eliminating diesel vehicles from their cities by 2025.

The agreement was announced at the C40 Mayors Summit in Mexico's capital late Thursday. A statement said the commitment would reduce air pollution and related health issues in those cities, while also helping cities meet climate goals.

Removing diesel from Paris streets was a goal she set when she took office in 2014. She cited Tokyo as an example already well on its way.

It is a major reversal in France where more than 20 years ago the government had selected diesel as the future of urban mobility and supported it, Hidalgo said. Now, recognizing that the tiny particles emitted by diesel-burning vehicles cause severe health problems, Hidalgo said governments must once again steer manufacturers to meet their needs.

There are 2,500 deaths per year in Paris attributable to air pollution, she said.

Mexico City Mayor Miguel Angel Mancera said the city's diesel buses will be phased out and replaced with alternatives and the buses that make up the city's bus rapid transit system operating in dedicated lanes will be replaced with hybrids and eventually the city's first electric corridor.

He did not mention how the diesel-fueled cargo trucks that rumble through the city would be replaced. But he pointed to the city's successful bike-share program as one way to get people out of vehicles and mentioned that the first 30 charging stations had been installed for electric vehicles.

The mayors of dozens of the world's largest cities are meeting in Mexico City this week to exchange knowledge and discuss concrete steps to achieve carbon emission-reducing goals.