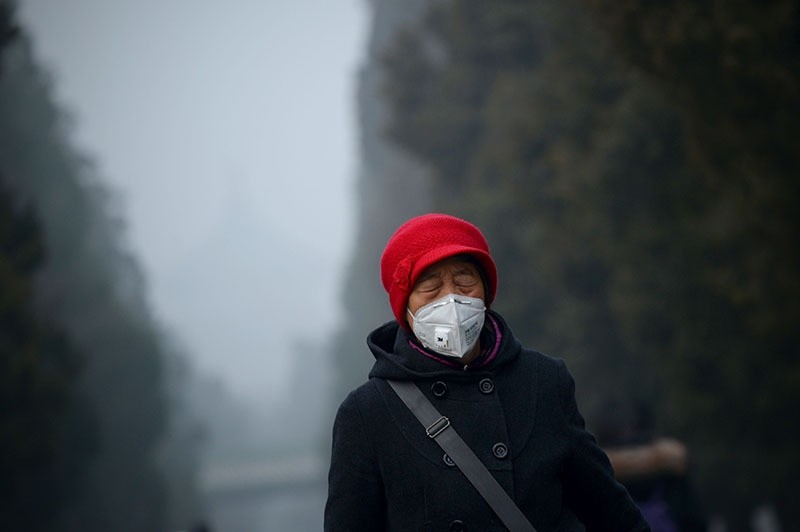 Several Chinese lawyers are suing the cities of Beijing and Tianjin and the surrounding province of Hebei for what they say has been their failure to fulfil responsibilities in battling against smog, which has shrouded the region since Saturday.

Home to seven of China's 10 smoggiest cities last year, the Beijing-Tianjin-Hebei region, also known as Jing-Jin-Ji, is a front line in China's "war on pollution", and it has pledged to cut coal use and promote cleaner industries.

But pollution levels have soared this week as a result of rising winter coal use as well as "unfavorable weather conditions", which have brought concentrations of dangerous breathable particles known as PM2.5 to record levels at some monitoring stations.

Since Saturday, a total of 24 cities have declared pollution "red alerts", including Beijing, Tianjin and another eight locations in Hebei province.

The lawsuit, posted by lawyer Li Zhongwei on his Twitter-like Weibo microblogging account on Tuesday, accused the region of being "all talk and little action", adding that the red alerts "proved that local governments had not conscientiously fulfilled their legal obligations to control air pollution".

The lawyers in the suit said the region had allowed pollution to increase in the interests of "toxic economic growth", severely endangering the physical and mental health of millions of people.

They called on the three governments to issue a formal apology and pay damages to the complainants.

Cheng Hai, another lawyer behind the suit, told Reuters that governments bore overall responsibility for pollution and needed to be held to account.

"We believe that China's smog is not unavoidable, but is the result of weaknesses in governance," he said. "Ordinary people think that the previous stage of economic growth led inevitably to smog, but this is completely wrong."

China has promised to provide legal channels that will allow citizens to sue polluters, and special tribunals have been set up across the country to deal with environmental lawsuits.

China's amended environmental protection law, which went into effect at the beginning of last year, allows individuals to take legal action, but only via non-profit "social organizations" that have been approved by the government.

"Our plan is to file the suit and we will receive the verdict within seven days on whether or not it will be accepted, and if it is not accepted, we will take it to the higher courts," said Cheng.