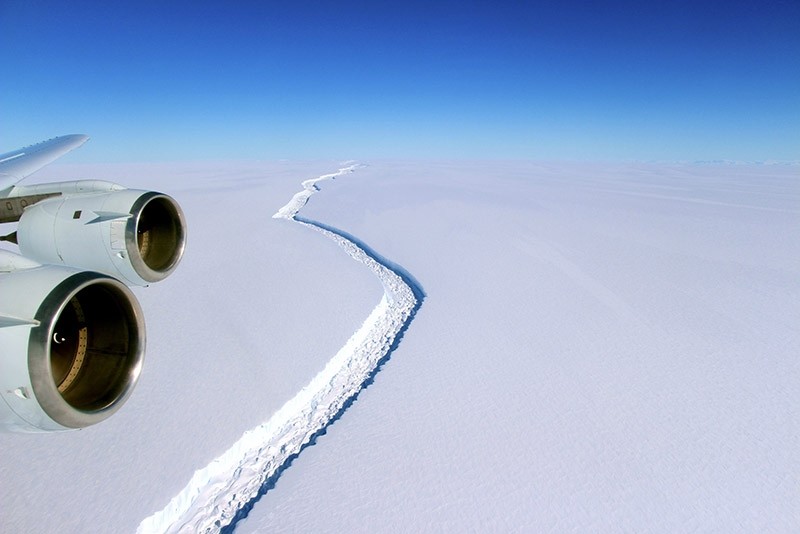 One of the world's largest icebergs looks set to form in the coming months as it breaks off an Antarctic ice shelf, according to a British research group.

University of Colorado scientist Ted Scambos said that could happen soon, likely in March, and would "cut deeper to the bone" of the ice shelf, changing its shape. Ice shelves — sheets of floating ice — wrap around three-quarters of the South Pole's coastline. They provide protection and support for inland glaciers.

New images show the long-watched rift in the Larsen C ice shelf grew 11 miles (18 kilometers) in the last few weeks. The crack is now about 60 miles long (97 kilometers) and about 300 feet wide (100 meters).

There was no indication that the rift, which could form one of the world's 10 largest icebergs, was as a result of climate change, the researchers said.

The group said it had been monitoring the rift for a longer period before it suddenly grew by 18 kilometres in December.

Although the iceberg does not post any immediate risk, researchers fear the ice shelf will become increasingly unstable and continue to fall apart.

Large icebergs do periodically break off from Antarctica naturally, NASA glaciologist Jay Zwally said. "But the ice shelf has been thinning as other ice shelves have been thinning in the Antarctic Peninsula," he said.

There's no evidence linking this crack to climate change, yet it fits the overall warming picture, said Adrian Luckman, a researcher at Swansea University in England, which has been monitoring the crack.