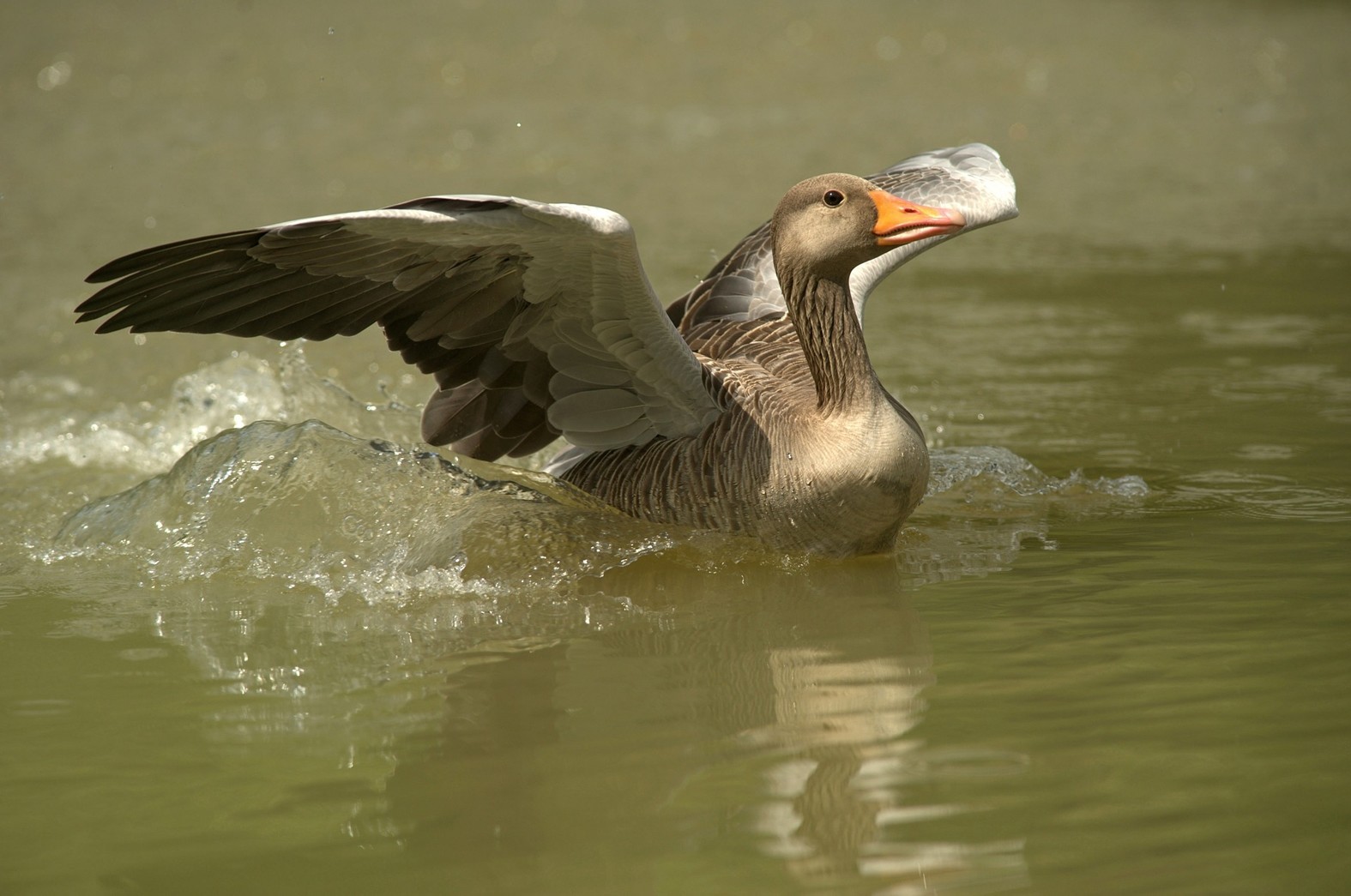 by Anadolu Agency
Jan 16, 2017 12:00 am
Snowfall and low temperatures have struck Turkey, sparing no one, including migratory birds that are taking breaks in the country's national parks on their route from Central and Northeastern Europe or Russia to warmer regions.

Having difficulty finding food in winter, authorities are leaving large amounts of bird food in national parks to ensure they don't starve, while risking death in the cold. A number of migratory birds, including geese, are staying for a while on the Maritsa before heading to Lake Gala National Park in Turkey's far-western Edirne province.

Days-long snowfall in the region has negatively affected migratory birds, and to feed them around 2,000 tons of food have been distributed in nature.

Ahmet Kara, the head of forestry and water affairs in Edirne, said that many geese, wild-ducks and swans lack food during winter months. Many are also experiencing difficulty in finding suitable places to stay. In Lake Gala National Park, there are 195 bird species, and each year the park houses many migratory birds.

Assistant Professor Mustafa Kaya of Trakya University Biology Department said Turkey has always been like a bridge for migratory birds migrating from one continent to another, adding that there are 475 bird species in Turkey, more than 350 of which incubate here as well.