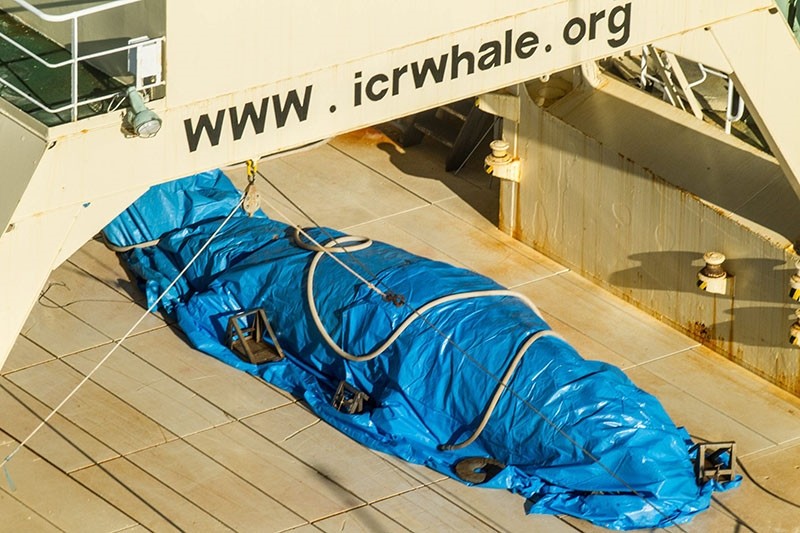 Australia said on Monday it was "deeply disappointed" Japan had continued whaling in the Southern Ocean after anti-whaling activists published a photograph of a dead whale, and two days after Australian and Japanese leaders discussed the issue.

Australia has long opposed Japanese whaling and the contentious issue was raised in talks between Prime Minister Malcolm Turnbull and Japanese Prime Minister Shinzo Abe in Sydney on Saturday, sources familiar with the discussions said.

"The Australian government is deeply disappointed that Japan has decided to return to the Southern Ocean this summer to undertake so-called 'scientific' whaling," Australian Environment Minister Josh Frydenberg said on Monday.

"It is not necessary to kill whales in order to study them," Frydenberg added, without confirming the exact location of the current hunt.

Japan's whaling in the Southern Ocean should stop, the International Court of Justice ruled in 2014 in a case brought by Australia, prompting Japan to suspend its hunt for one season, although it resumed in 2015.

Australia, which opposes all forms of commercial and scientific whaling, will continue raising its concerns about the issue with Japan, Australian Foreign Minister Julie Bishop told Reuters.

Japan maintains that most whale species are not endangered and that eating whale is part of its culture. Japan started what it calls "scientific whaling" in 1987, a year after an international whaling moratorium took effect.

Anti-whaling group Sea Shepherd published a photograph on Sunday of a dead minke whale, that appeared to have been punctured by a harpoon, on the deck of the Japanese whaling ship Nisshin Maru. Video footage showed the dead whale later covered by a blue tarpaulin.

The group said the ship was hunting in an Australian sanctuary off the Antarctic coast.