30 plastic bags found in stomach of whale killed near Norway 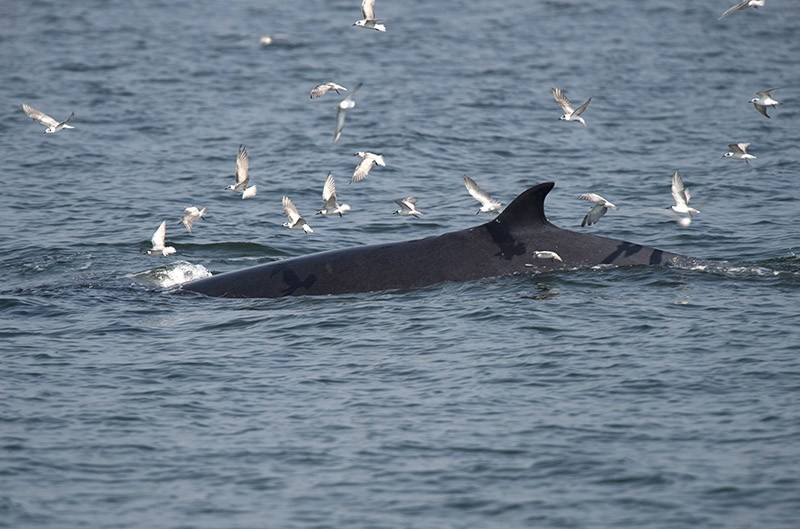 A whale recently killed off western Norway was found to have 30 plastic bags and other plastic waste in its stomach, highlighting the waste issue, researchers said Thursday.

The grisly discovery was reported after a team at the University of Bergen in western Norway examined a Cuvier's beaked whale that was put down by wardens at the weekend in the archipaelago off Bergen.

The whale was in poor condition and had stranded several times in shallow waters off the island of Sotra.

Cuvier's beaked whales are up to 7 meters long. They usually feed on squid and deep-sea fish and do not normally range in Norwegian waters.

"The whale's stomach was full of plastic bags and packaging with labels in Danish and English," zoologist Terje Lislevand told dpa.

The blubber was very thin suggesting the whale was malnourished. Lislevand said it was likely the whale's intestines were blocked by the plastic, causing it considerable pain.

In recent years, conservationists have reported finds of plastic waste in the stomachs of beached whales in Germany, the Netherlands, Britain and France.

Other marine mammals, fish and birds are also affected by the growing amount of plastic waste in the seas and oceans.

The organization Whale and Dolphin Conservation (WDC) said plastics never biodegrade but instead become smaller pieces of plastic. Fish and plankton eventually feed on the micro plastics that enters the food chain.