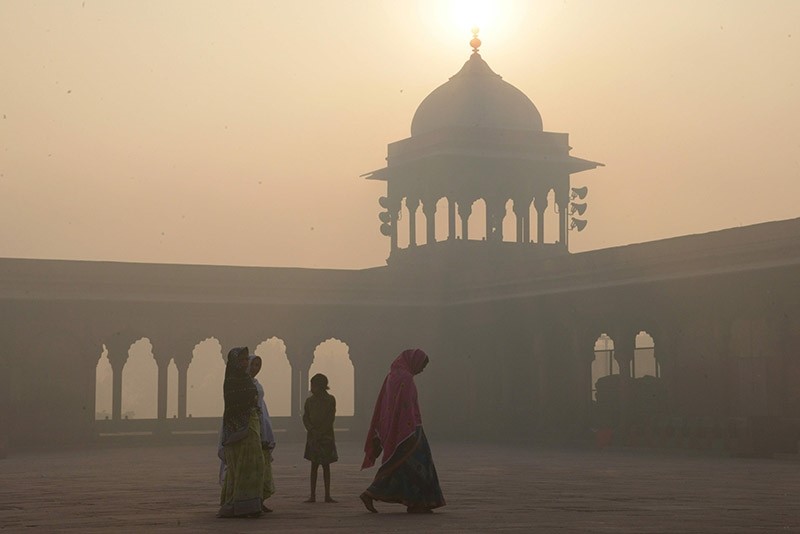 India's air now rivals China's as the world's deadliest, according to a new study published Tuesday amid warnings that efforts to curb pollution from coal will not yield results any time soon.

But whereas deaths linked to air pollution in China have steadied in recent years, the rate has soared in India where smog readings in major cities routinely eclipse safe exposure levels.

India has recorded a nearly 50 percent increase in early deaths linked to fine airborne particles known as PM2.5 between 1990 and 2015, the report found.

These microscopic particles are so light they float on air and lodge deep in the lungs, and have been linked to higher rates of lung cancer, chronic bronchitis and heart disease.

"India now approaches China in the number of deaths attributable to PM2.5," said the report by the Health Effects Institute and the Institute for Health Metrics and Evaluation.

Together, the two Asian giants accounted for more than half of all global deaths related to PM2.5 exposure, the report said.

Efforts to reduce smog in China -- which jostles with India for the unenviable title of world's most polluted country -- have seen early deaths from PM2.5 stabilise at around 1.1 million since 2005.

"Clearly a much more concerted effort needs to be done to address the adverse impacts of air pollution in India," said Ajay Mathur, director general of the Delhi-based Energy and Resources Institute.

Fast-growing India has undergone a rapid economic transformation in the past two decades but burning coal for energy and torching farmland to plant new crops has seen pollution skyrocket.

India and neighbouring Bangladesh have experienced the steepest increases in pollution since 2010 and now have the highest PM2.5 concentrations in the world, the report said.

A health emergency was declared in New Delhi -- dubbed the world's most polluted capital -- in November as the concentration of PM2.5 went off the charts into hazardous territory.

Schools were closed and a coal-fired power plant near the capital temporarily shut as the government scrambled for quick fixes to clear the choking haze.

The energy-hungry nation of 1.25 billion remains reliant on coal, and despite ambitious goals for wind and solar uses just a fraction of these cleaner sources for its electricity generation.

"Renewables are not going to be expanding fast enough for us to be able to impact that particular problem.

"Unless all of those (factors) are also brought under control, I don't think it's going to come anywhere close to really solving the problem."