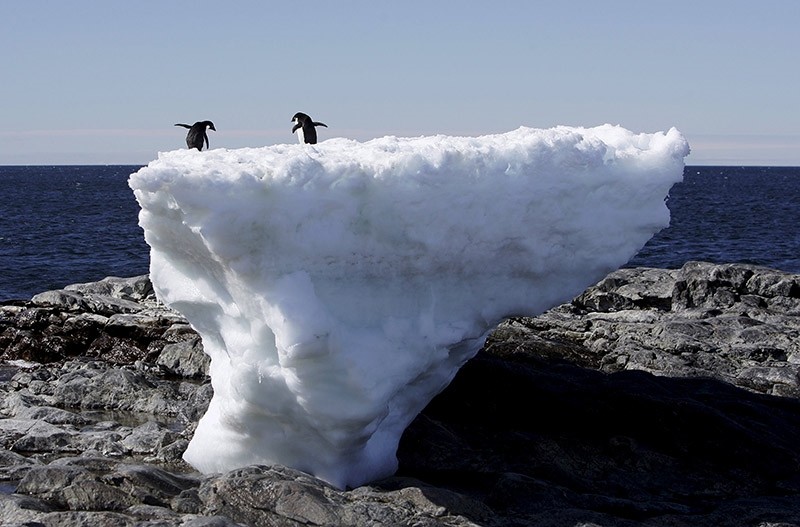 Two Adelie penguins stand atop a block of melting ice on a rocky shoreline at Cape Denison, Commonwealth Bay, in East Antarctica in this January 1, 2010 file photo. (Reuters Photo)
by reuters
Mar 01, 2017 12:00 am

An Argentine research base near the northern tip of the Antarctic peninsula has set a heat record at a balmy 17.5 degrees Celsius (63.5° Fahrenheit), the U.N. weather agency said on Wednesday.

The Experanza base set the high on March 24, 2015, the World Meteorological Organization (WMO) said after reviewing data around Antarctica to set benchmarks to help track future global warming and natural variations.

"Verification of maximum and minimum temperatures help us to build up a picture of the weather and climate in one of Earth's final frontiers," said Michael Sparrow, a polar expert with the WMO co-sponsored World Climate Research Program.

Antarctica locks up 90 percent of the world's fresh water as ice and would raise sea levels by about 60 meters (200 feet) if it were all to melt, meaning scientists are concerned to know even about extremes around the fringes.