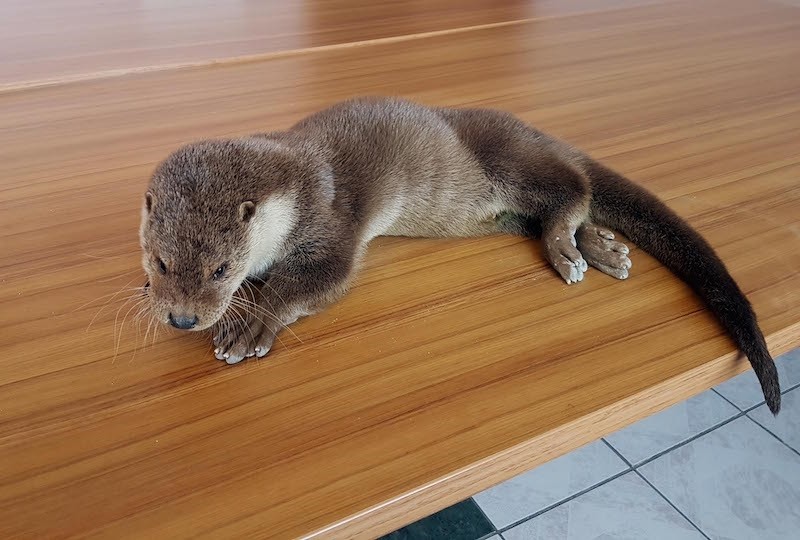 Locals in the eastern Anatolian province of Tunceli have rescued an injured otter, which is one of Turkey's most rare species, from the Munzur Valley National Park.

The concerned citizens found the wounded animal Thursday on the banks of the Munzur River in Tunceli's Ovacık district and contacted officials from the Directorate General for Nature Conservation and National Parks.

The Director of the Tunceli branch of the Directorate, Ali Haydar Gürsönmez, said that other wild animals most likely attacked the otter, which had wounds on its hind legs.

"The veterinarian conducted a checkup and there are no serious wounds, and we will return it to its natural environment after treatment is completed," Gürsönmez said.

Gürsönmez also noted that the otter was identified as a "first class species" to be monitored within the scope of the "National Biological Diversity Inventory Monitoring Project.

The Eurasian otter is among the most endangered species in Turkey, with its numbers significantly declining in the 1960s.