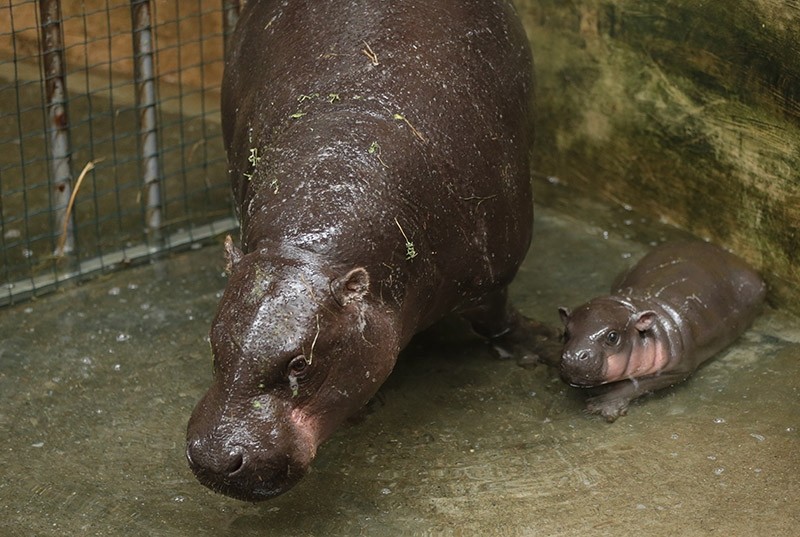 Mela will be able to visit with guests from her enclosure after finishing an adaptation process, but the zoo has promised to share pictures of the baby hippo on their social media accounts until the process is compete.

The zoo's director of education and marketing, Gökmen Aydın, explained that the birth was very successful, "The calf came into the world in a very healthy way. The moment it first entered the pool was very impressive. She gained weight in a short amount of time, going from 6 to 24 kg."

Adding that there are fewer than 2,000 pygmy hippos left in the wild, Aydın said, "The genetic value of this calf is very large. We are thrilled to be hosting a baby pygmy hippo and know that she will play a vital role in the future of our zoo."

The pygmy hippo is an endangered species native to the forests and swamps of West Africa. They can live between 30 and 55 years in captivity and weigh up to 275 kg.