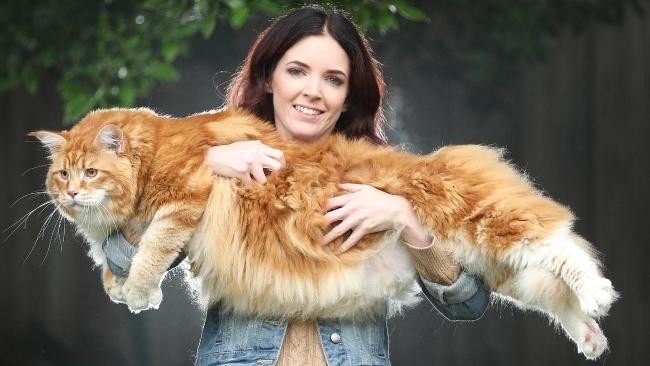 Omar the Maine Coon cat may take the title of world's longest domestic cat after Guinness World Records saw a picture of the feline on Instagram and contacted his owner.

"We were expecting about a nine kilo cat," said Hirst, who told the Maroondah Leader that the Guinness World Records had reached out to her about Omar.

"He got to that before he was one-year-old and that's when we sort of realized that he's not nearly done yet."

The current record holder at 118.33 centimeters (46.6 inches) is Ludo, a Maine Coon cat living in the United Kingdom.

Guinness World Records has yet to confirm if Omar takes the title.

Maine Coons are one of the largest breeds of domesticated felines in the world. They derive their name from the U.S. state, where it is the official state cat.