Activist message projected on St. Peter’s dome in Vatican ahead of Trump’s visit 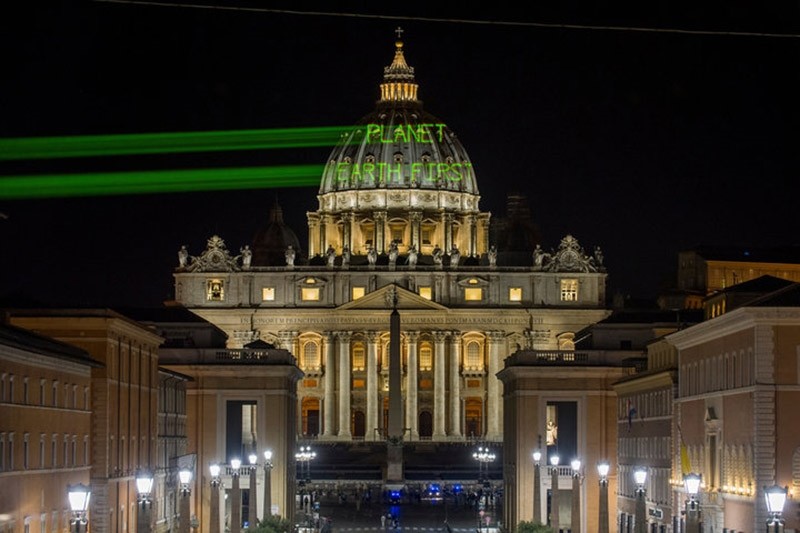 The message "Planet Earth First" was projected in bright green light on the dome of St. Peter's Basilica by Greenpeace activists on the eve of U.S. President Donald Trump's meeting with Pope Francis, Rome police said.

Police said in a statement Wednesday that the officers allowed the action to proceed for "a few moments" given the peaceable nature of the protest. They then identified all of the activists participating, eight total.

Trump met early Wednesday with the pope, and the environment is one key area of difference. Pope Francis has made protection of the environment a keystone of his papacy, issuing a major encyclical on climate change. Trump's administration, meanwhile, is reviewing policies related to climate change and the reduction of green gasses.