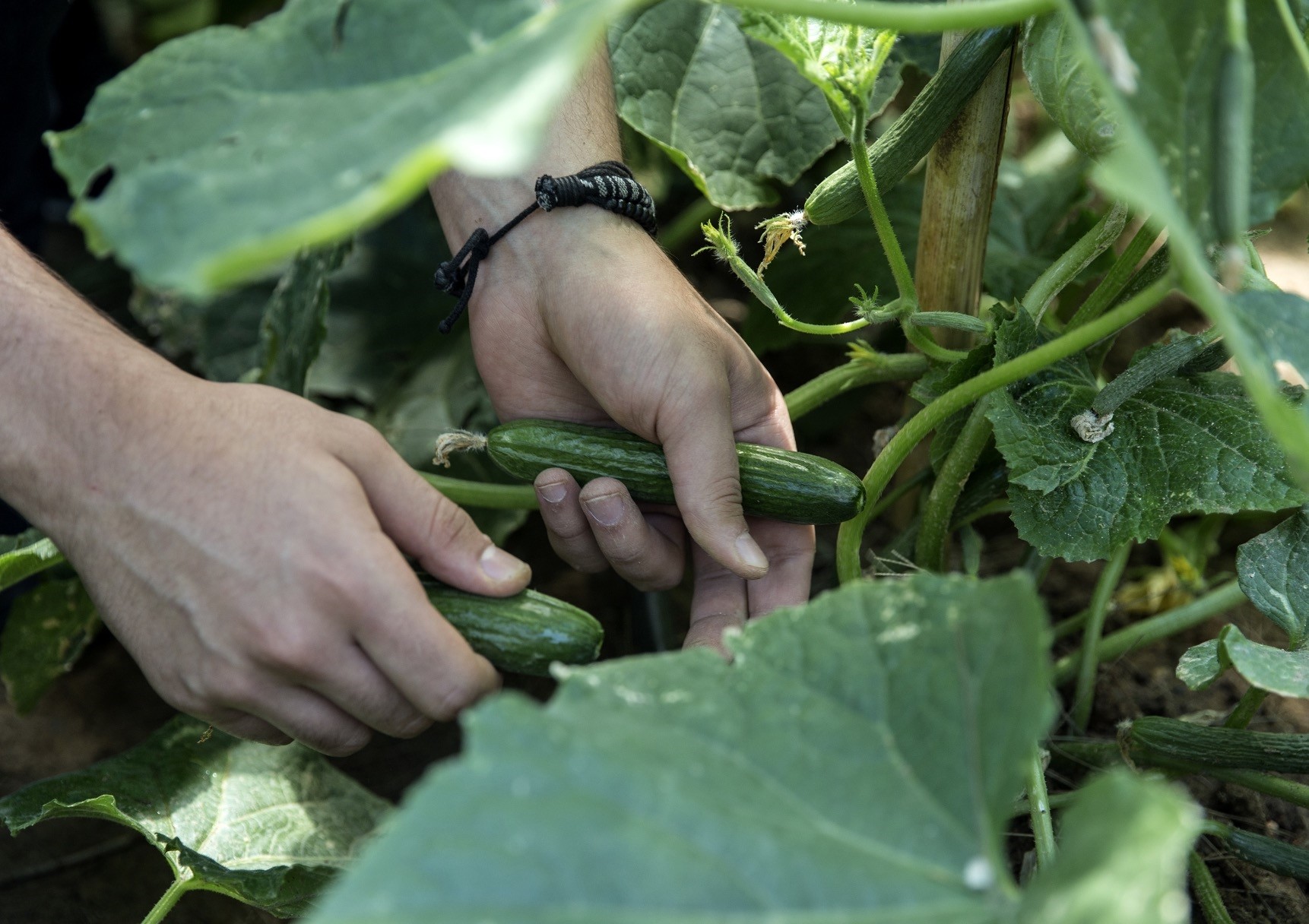 Students at the Suphi Koyuncuoğlu Anatolian High School in western Turkey's İzmir are growing organic vegetables, including tomatoes, peppers, cucumbers and corn in their school backyard as a part of a project jointly run by Sweden, Romania, and Turkey. Under the project titled "Organic food production at schools for healthy generations and sustainability," coordinated by the Czech Republic, students and teachers have created a 130 square meter garden. Speaking to Anadolu Agency (AA) Project Coordinator and teacher Kemal Sağlam said according to World Health Organization (WHO) ever year as many as 30 million people around the world are poisoned by pesticides and almost 80,000 lose their lives.

Organic farming aims to economic and social sustainability and focuses on the fertility of the soil, protection of the environment and food safety, said Sağlam.

This project aims to raise awareness on the importance of organic farming and environment among students, he added.

The organic farming project at the Suphi Koyuncuoğlu Anatolian High School was initiated in last September and the students planted the first saplings in April.

Under the supervision of their teachers, the students first learned how to prepare the soil for farming and then plant the saplings. A drip irrigation system has also been installed in the garden.

The responsibility of the garden solely lies on the shoulders of the students. They weed the garden during breaks and check on the vegetables. Speaking to the press, Mert Çetin, an 11th grader at the school said this was the first time he grew something.

"This project showed me how important a good diet is. I am more careful about what I eat now. This is the first time I really smelled tomatoes."