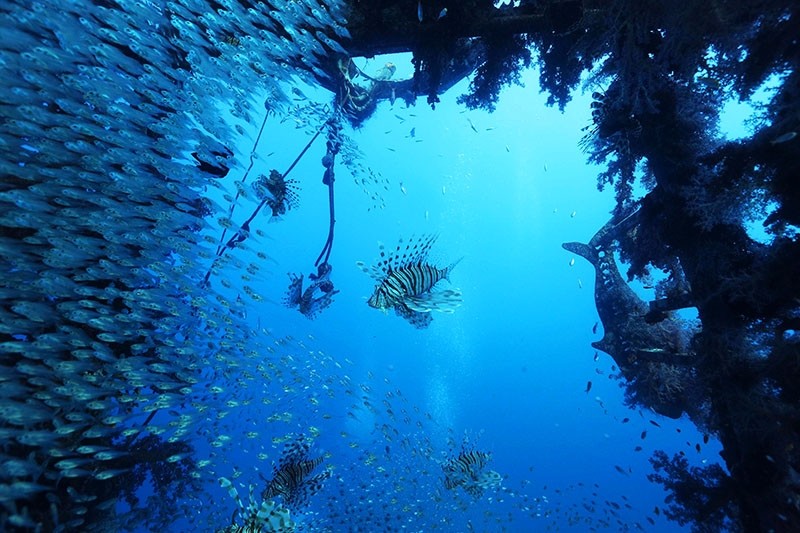 A new report has stated that all coral reefs in the world could be gone within 30 years if carbon emissions are not reduced to slow global warming.

The report by the United Nations Educational, Scientific and Cultural Organization (UNESCO) says that at least 25 of the 29 World Heritage reef areas will experience twice-per-decade severe bleaching events by 2040, which will effectively kill the corals and prevent them from reproducing.

Bleaching is caused by a flow of unusually warm water onto the sensitive corals.

"Warming is projected to exceed the ability of reefs to survive within one to three decades for the majority of the World Heritage sites containing corals reefs," the report states.

The study is a first to examine the planet's reef systems in their entirety, as previous studies have focused on individual reefs.

Reefs cover less than 1 percent of the ocean floor but provide a habitat for a fourth of the world's fish, and protect coastlines from erosion.

Marine scientists say that losing the reefs would reduce food supplies, open coasts up to erosion by tropical storms and bring an end to reef tourism. Around 1 billion people use coral reefs for fisheries or tourism.

Three-fourth of the world's reefs, including the Great Barrier Reef, have already seen severe bleaching events over the past three years.

Low-lying islands such as Kiribati in the Pacific are seeing saltwater entering their freshwater drinking supply due to the collapsing reefs, as well as higher tides, more storm surges and fewer fish.

To those who are skeptical about climate models, scientists point out that the models from two years ago accurately predicted the problems facing the coral reefs today.

Underlining that urgent action is needed, the report suggests that World Heritage sites need international protection instead of the local management that is now in place.