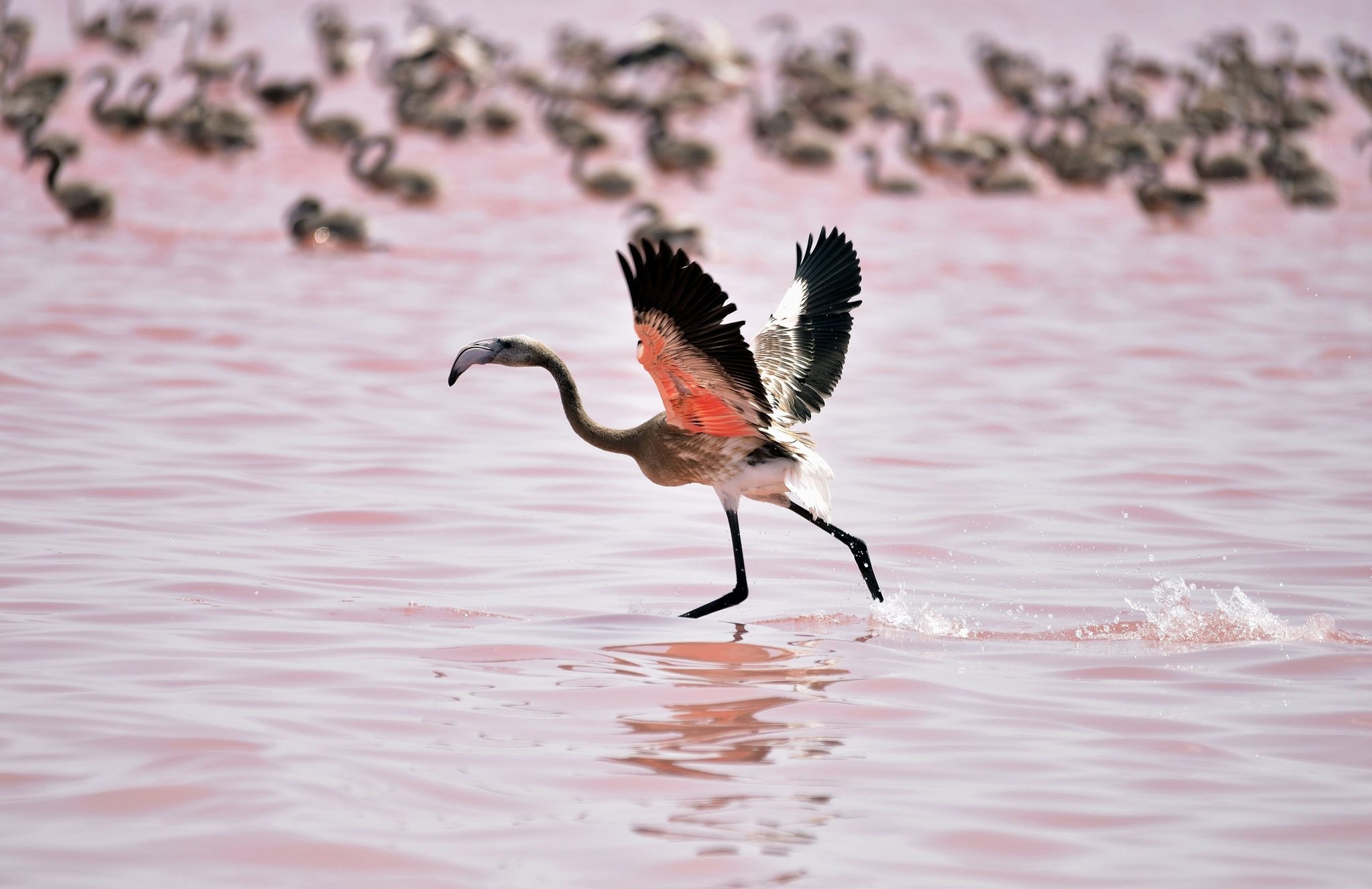 Placed under protection by Turkey's Ministry of Environment and Urbanization, baby flamingos that are hatching on Salt Lake in the central Anatolian region of Turkey offer a mesmerizing sight for spectators as they waddle across sheets of salt. According to the Ministry of Environment and Urbanization, the General Directorate of Natural Heritage – operating under the ministry – is engaged in implementing protective measures in the scope of various projects aimed at sustaining the protection and observation of endangered bird species that are on the verge of extinction. In this context, the ministry in 2016 launched a study focused on taking inventory of flamingo colonies around the lake, in efforts to establish a base for inventory studies on flamingos, the current state of the ecosystem and the effects of ecological problems on flamingos. the inventory study on flamingo colonies which was conducted in 2016.

In the mud lakes located in the designated Private Environmental Protection Area of Salt Lake – one of the most important flamingo breeding areas in Turkey - approximately 10,000 pairs of flamingos stand every year. The breeding colonies located in Turkey and the Palearctic Region (which includes Europe, Asia and North Africa) are of high importance in terms of sustaining the existence of the birds in the area. Flamingos come to Salt Lake for breeding and egg hatching and begin walking on the sheets of salt as they do during this season every year.