Nature enthusiasts to carry out census of Istanbul's storks 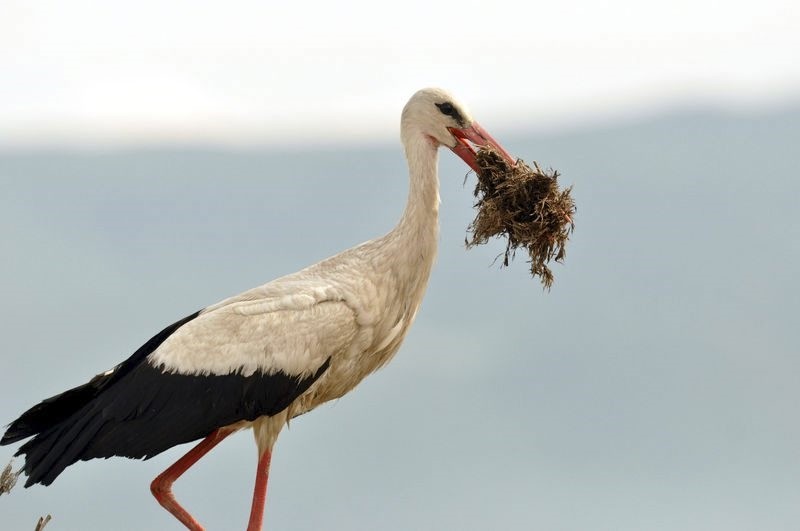 Setting out on their journey from Africa northward every spring, storks somehow end up on the same post, minaret or chimney.
by Anadolu Agency Aug 16, 2017 12:00 am

Storks have always had an important place in Turkish culture, and now, a population census of the species is to take place in Istanbul, which is on their migration route

Storks, which can be easily be spotted among other migratory birds in the sky thanks to their long, red legs and beak, are one of the most popular bird species, making their way into nearly every culture thanks to proverbs, idioms, anecdotes and tales.

Setting out on their journey from Africa toward the north every spring, storks somehow end up on the same post, minaret or chimney. Storks and their intercontinental journey have now become the subject of a project by the Doğa Foundation. The foundation will conduct a bird census on storks flying above Istanbul during the autumn migration between Aug. 22-30.

Making note of the fact that storks follow the land throughout migration, Benzeyen underlined that Istanbul, which is the closest spot between the continents of Asia and Europe, is also located on their migration route.

Benzeyen said every year thousands of storks fly above Istanbul as part of their journey from Europe to Asia and then Africa. He also said that Turkish society has an extra emotional bond with storks.

Although storks are highly experienced and skillful in migration, the power lines on migration routes pose a risk for them, Benzeyen added.

Explaining that the foundation decided to conduct a more conceptual bird census, which was being conducted personally before, Benzeyen said: "Bird observer Fikret Can was counting the storks in Istanbul personally. Hence, as a foundation we decided to initiate a project to offer a more conceptual bird census than that which has been conducted up until now. This year's autumn migration stork census will be realized between Aug. 22 and 30. Bird census is a technical issue in fact. First of all, you have to have the ability to differentiate bird species. However, the stork is a species that is easy to recognize. Hence, participants will find it easy to be involved in the census after a short education."

The main aim of the project is to present to the world how much of the global stork population flies above Istanbul and have solid data to form that number.

Benzeyen said that in literature, the number of storks using Turkey as migration route is 700,000, while the number is above 1 million according to Fikret Can's observations.

Declaring that this census will offer important data for scientific studies on storks, Benzeyen also stressed that informing power plant companies about their migration routes can prevent stork deaths.

The participants will be supplied with the required equipment for the stork census and the organization will be conducted at four different spots specified in Istanbul's Büyükçekmece district. The last date for enrolling in the census is Aug. 16.