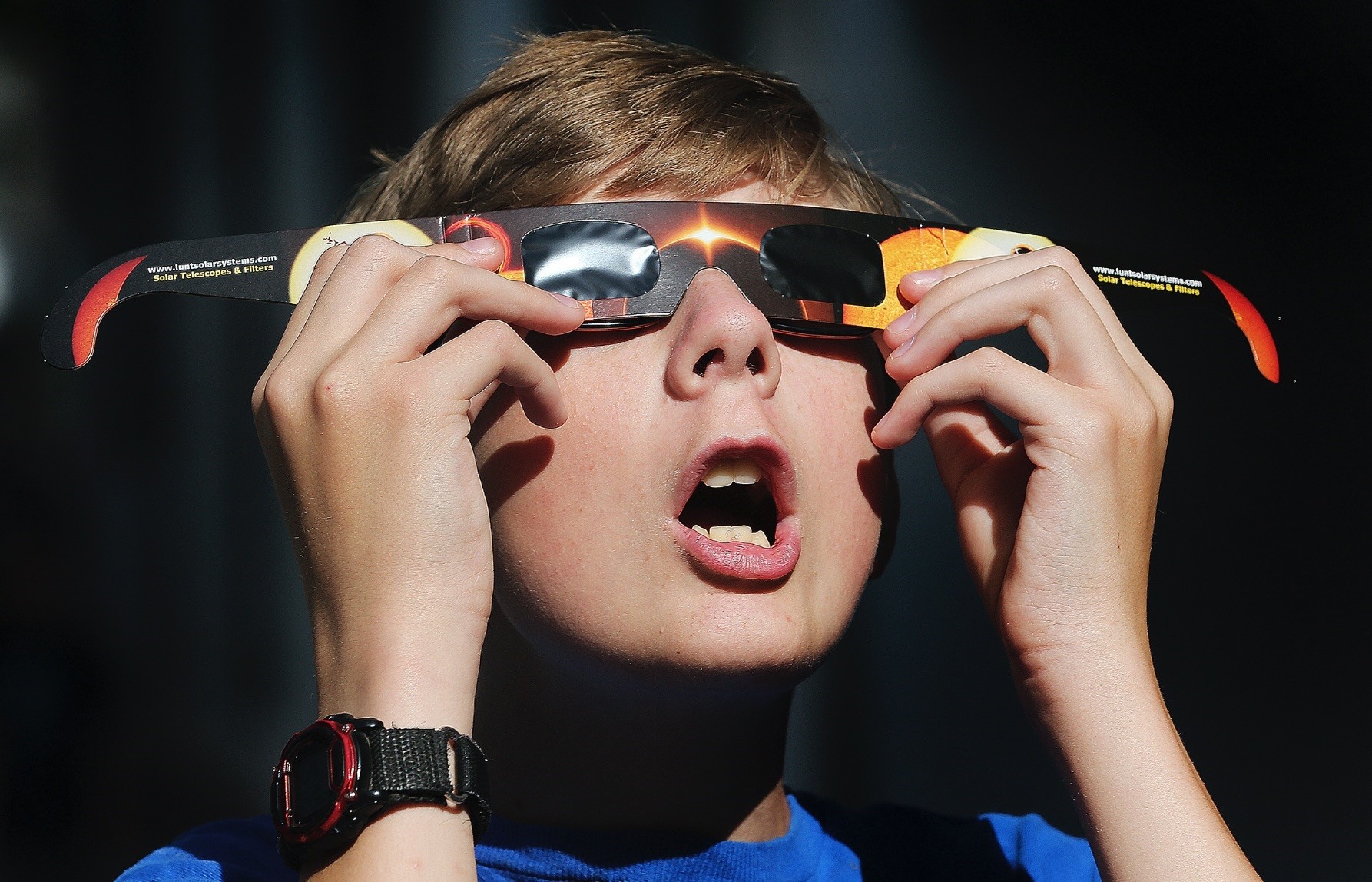 While today's total solar eclipse in the U.S. will be a once-in-a-lifetime sky show for millions, there's a small group of people who have experienced it all before and they can't get enough of it.

Glenn Schneider has seen 33. Fred Espenak has watched 28. Donald Liebenberg has logged 26. For newbie Kate Russo, it's 10 and counting.

These veteran eclipse chasers spend lots of money and craft intricate plans all to experience another mid-day darkening of the sky. Many work in science and related fields and they'll travel around the world, even to Antarctica, to see one more.

"I do this not so much as an avocation, but as an addiction," said Schneider, a University of Arizona astronomer.

Russo, a psychologist in Ireland who wrote a book about people's eclipse experiences, said some people find the experience life-changing. That happened to her.

Total solar eclipses happen on average every 18 months or so, but they usually aren't near easy-to-drive highways. Norma Liebenberg has been to a dozen, mostly joining her avid eclipse watcher husband, Donald, in remote places like Libya, Zambia and Western China.

"It's sort of mind-boggling that there are 1,000 people out in these isolated places to see it," she said. She even forgave her husband when he missed their first anniversary to go to a clouded-out eclipse in the South Pacific.

"It's very anxiety producing, it's very challenging," said Telepun, who even developed a talking phone app that times an eclipse so photographers don't miss anything. "It's an adrenaline rush man, I'm telling you."

Telepun said his hero is "Mr. Eclipse" Espenak, a retired NASA astrophysicist, who explains why chasers are the way they are.

"It's the closest any of us will come to being an astronaut and being in space," Espenak said.

A veteran of 28 eclipses, Espenak often leads groups of 50 some people to view eclipses, lecturing both about the beauty and the science. Except when the hour grows close and the skies get dark, he goes silent.

"On eclipse day he's all business. He does not want to be diverted from his checklist of everything he wants to do," explains University of Tennessee's Mark Littmann, co-author with Espenak of the book "Totality." "It's like you're kind of trying to chat with a pilot coming in for an emergency landing. It isn't that he's just not friendly, it's just not the right time anymore."

Donald Liebenberg has seen and blogged about his 26 eclipses for Clemson University, where he does research. He holds the record for most time in totality because the retired federal scientist used to view them by airplane whenever possible. In 1973, he convinced the French to let him use the supersonic Concorde for eclipse viewing and he flew at twice the speed of sound. He got 74 minutes of eclipse time in that one flight.

After spending more than 60 years flying around the world, this time the Liebenbergs are only going as far as their driveway.