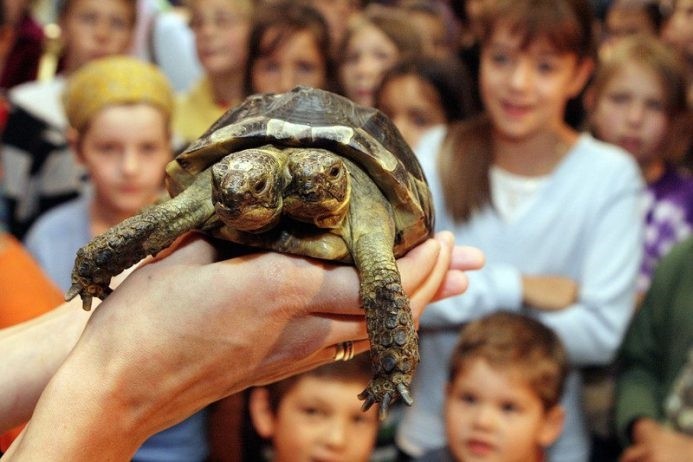 The main star at a museum in Geneva, a two-headed tortoise named Janus, will celebrate its 20th birthday on Sunday.

The tortoise likely would not have survived so long in the wild due to its anomaly, since it cannot retreat its heads and claws back in its shell like normal tortoises do when facing danger.

But at the Natural History Museum of Geneva, the visitor favorite enjoys special pampering, including daily baths and time under UV lights, which ensure that its shell remains strong.

Both of Janus' heads have separate brains and live separate lives, according to a caregiver, who says one has a dominant character, while the other is more sedate.

The heads' attempts to steal food from one another never fail to draw a crowd of visitors.

Janus, named after the Roman god often depicted with two faces, hatched at an incubator in the museum in 1997.