In Nicaragua, a fight to save endangered tapirs 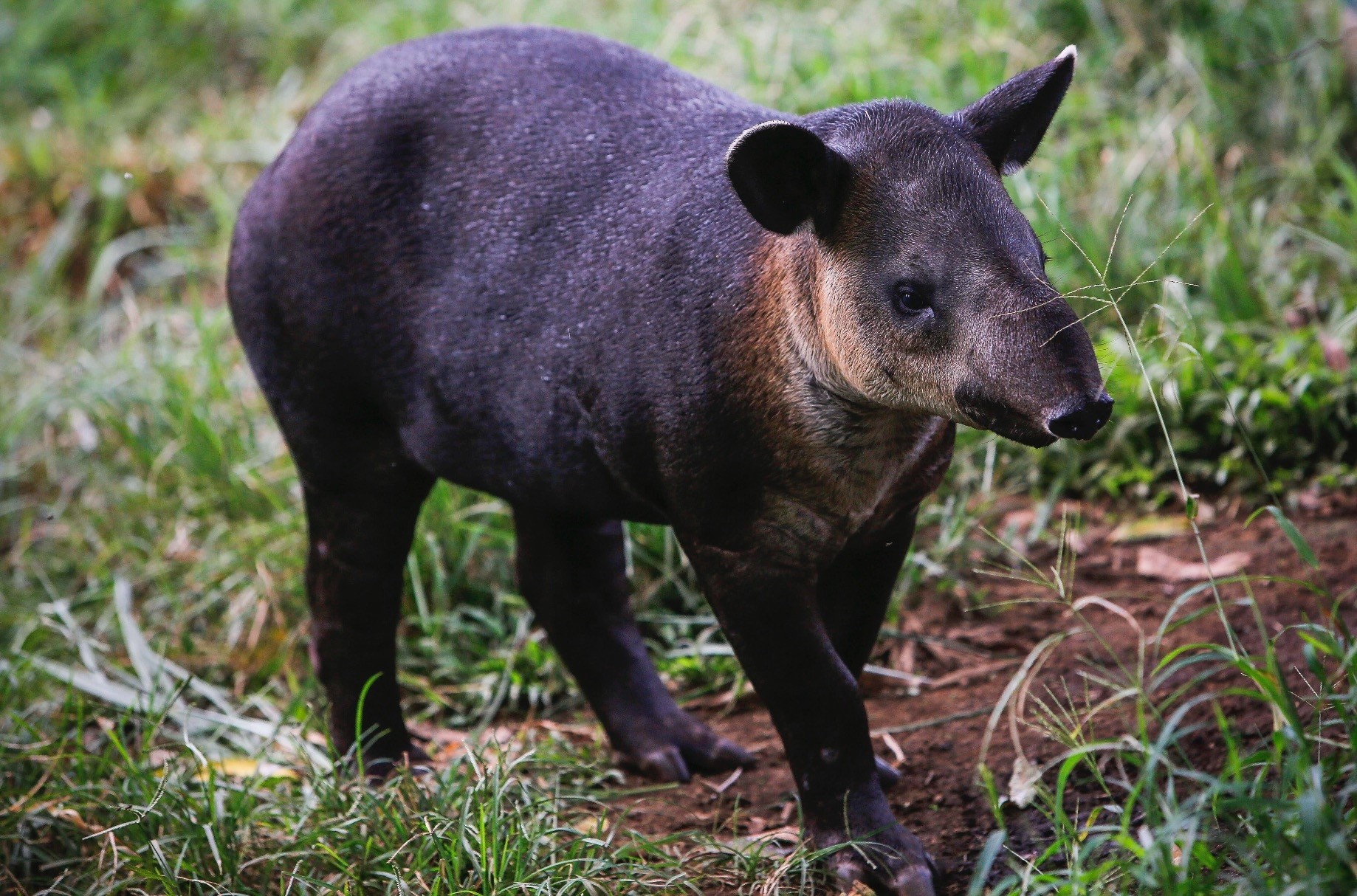 Thirteen tapirs lounge in the bushes of Ticuantepe Zoo, in eastern Nicaragua, their bellies plump with leaves and fruit, blissfully unaware of the peril faced by their kind.

The largest land mammals in Central America, the brown, pig-like animals with sloping snouts came into the world in captivity, in an enclosure a short distance from the country's Masaya Volcano, under a scheme to save their endangered species.

Each day they put away nine kilograms of leaves, fruit and horse feed, and are regularly weighed and monitored by cameras.

"Here, they're well fed," said Eduardo Sacasa, a wildlife expert who runs the reproductive program. In some cases, too much so: One of the males, a 3-year-old called Pamka, was put on a diet because "he is too fat."

Human encroachment and climate change have decimated the woodland habitat of the Baird's tapir, one of five species left in the world, and, along with human and feline predators, have helped wipe out 16 other tapir species.

Pamka and his fellow herbivores are among no more than 800 of the species left in Nicaragua.

The Baird's tapir, considered at risk of extinction by the International Union for Conservation of Nature (IUCN), is the "most threatened" quadruped in Nicaragua, Sacasa said. It faces "flat-out deforestation, encroaching farmland, illegal sales, and poaching because people eat them," he said.

In Ticuantepe Zoo, efforts are deployed to have them reproduce. But that's no easy task. Gestation is long, 14 months, and females produce only one offspring at a time.

Three of the females are pregnant, including Rosita, a 12-year-old tapir, and Pueblana, 9 years old.

Soon, others being held at the zoo will be released into the wild, but only if there are guarantees they won't be killed, Sacasa said. Three years ago, a couple of tapirs were about to be freed but their release was canceled at the last moment when it was judged their safety wasn't secure.

Tilba, a two-year-old male, is one of the animals designated to be taken by army helicopter to a hard-to-access reserve on Nicaragua's Caribbean coast. His young age makes him a good candidate to adapt to the wild.

Once in his new habitat, he will be joined by a female chosen by the conservation team as his potential mate.

Sacasa, who began studying tapir behavior two decades ago with an American expert from Michigan University, Christopher Jordan, explained how they keep close tabs on the animals even after they are set free, tracking them through satellite-linked collars and some 150 cameras dotted through the jungle.

Across all of Central America, there are an estimated 3,000 Baird's tapirs left, according to environmental preservation organizations.

That number could be cut by 80 percent in coming years if conservation measures aren't put in place, the IUCN warns in a report. Already, their population has more than halved over the past three generations.

Largely sedentary and mostly nocturnal, they usually stay within a nine-kilometer (six-mile) radius within their habitat. Altering their immediate environment therefore directly puts their survival on the line, a big concern, given that 70 percent of Central America's woodland has disappeared in 40 years, according to the IUCN.

In Nicaragua, the tapirs that lived on the western, Pacific coast have largely disappeared, a geographer who advises the government on environmental issues, Jaime Incer, told AFP.

That trend looked certain to worsen as each year the country loses between 50,000 and 60,000 hectares of forest, he said.

Sacasa said that the tapir is one of 28 mammals threatened by damage to Nicaragua's ecosystem. Others included the anteater, jaguar, puma, howler monkey and the white-headed capuchin monkey.