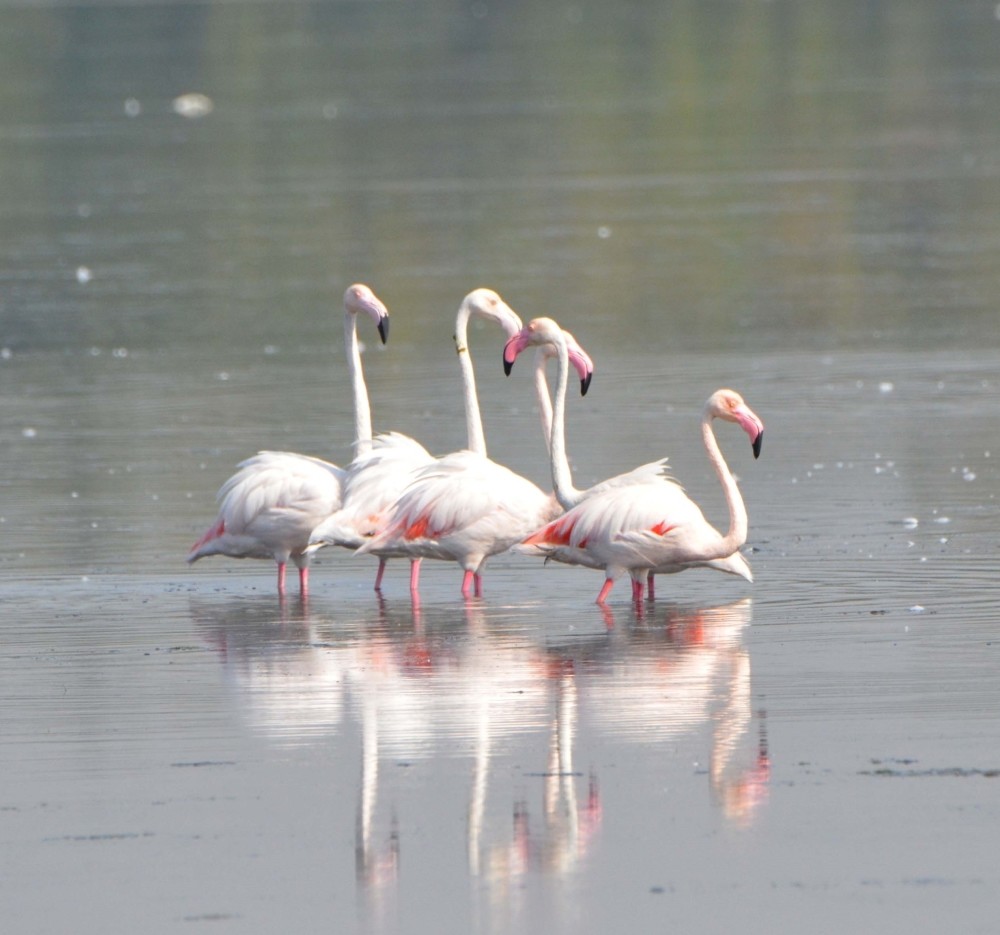 Known among locals as the "Bird Hotel," the Hersek Lagoon located in the Altınova district of Yalova province is known for the large swathes of birds that migrate here during the autumn and winter months. Now, the lagoon is gaining attention for the early arrival of its pink-feathered guests, arriving two months earlier than expected.

Flamingos are colorizing the landscape of the Hersek Lagoon, situated close to the Osmangazi Bridge, which shares its curved structure.

Speaking about the surprising early migration of flamingos to the lagoon, Altınova Mayor Metin Oral told Anadolu Agency (AA) that the early arrival of the flamingos came as a surprise this year.

He said that the flamingos previously left the area in June and promptly returned in August, adding that they are very high in number compared to figures from the birds' migration in previous years.

"This figure, which has already reached into the thousands, is expected to rise even further in the middle of winter. This is a large figure for us as our lagoon is small. The number of birds per square meter is reaching a concerning number. Our friends [the flamingos] arrived early this year," Oral said.

Birdwatcher Fatih Bülbül, who visits the lagoon regularly, said: "About 90 of the birds around the lagoon are water species such as ducks, herons, flamingos, other sand birds and coastal birds. These birds usually come in the winter. On the other hand, we have about 20 ducks which typically migrate during the winter. The Garganey also arrives as a summer migratory bird," Bülbül added.

Highlighting that the flamingos arrived two months before their usual time, Bülbül said the priority is security and the sensitivity of the people. "Flamingos do not go away as people get closer. We are here and flamingos are very close. They can also understand people's intentions."

Bülbül said they counted 280 mallards in the wetlands, informing that the Mediterranean gulls and sandwich terns are breeding here as well. Noting that an area where more than 10 pairs of sandwich terns breed is regarded as an "important bird area," Bülbül said, "Coots and mallards have started to breed here in recent years. The number of mallards reached 280 according to last week's tally."