15,000 scientists issue a ‘warning to humanity’ as planet's problems get worse 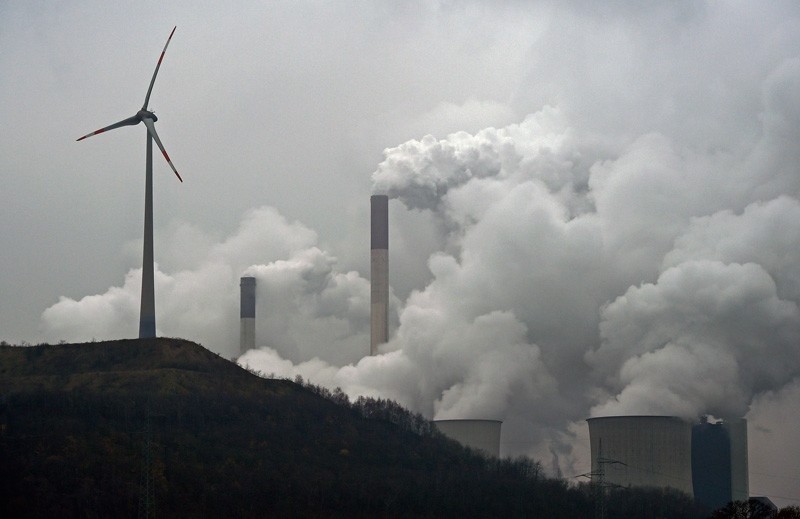 Twenty-five years after global scientists issued a "warning to humanity" about dangers to the environment, a new update released Monday says most of the planet's problems are getting "far worse."

More than 15,000 global scientists from 184 countries signed on to the letter, called the "World Scientists' Warning to Humanity: A Second Notice," published in the journal BioScience.

The initial version, released in 1992 by the Union of Concerned Scientists, was signed by 1,700 experts.

Since then, nearly all major threats to the environment have grown more dire, particularly the booming world population, which has added two billion people since 1992, a 35 percent increase, according to the update.

Other key threats are global warming and the ever-mounting carbon emissions driven by fossil fuel use, as well as unsustainable farming practices, deforestation, lack of fresh water, loss of marine life and growing ocean dead zones.

"Humanity is now being given a second notice, as illustrated by these alarming trends," said the letter.

"We are jeopardizing our future by not reining in our intense but geographically and demographically uneven material consumption and by not perceiving continued rapid population growth as a primary driver behind many ecological and even societal threats," it added.

Scientists noted it is "especially troubling" that the world continues on a path toward "potentially catastrophic climate change due to rising greenhouse gases from burning fossil fuels."

Animals are suffering as a result of human activities, and are disappearing at an unprecedented pace.

"We have unleashed a mass extinction event, the sixth in roughly 540 million years, wherein many current life forms could be annihilated or at least committed to extinction by the end of this century," it said.

Only one problem has seen considerable improvements in a quarter century -- the closing of the ozone hole -- thanks to a steep reduction in the use of aerosol sprays and pollutants that led to ozone depletion.

This "rapid global decline in ozone-depleting substances shows that we can make positive change when we act decisively."

The letter outlines 13 steps that must be taken, including making contraception more widely available and "estimating a scientifically defensible, sustainable human population size for the long term while rallying nations and leaders to support that vital goal."

Other steps include promoting plant-based diets and renewable energy while phasing out subsidies for fossil fuels.

Wealth inequality must be remedied and "prices, taxation, and incentive systems (must) take into account the real costs which consumption patterns impose on our environment."

In nature, protected reserves should be established "for a significant proportion of the world," and the crisis of wildlife trafficking and illegal poaching halted.

"To prevent widespread misery and catastrophic biodiversity loss, humanity must practice a more environmentally sustainable alternative to business as usual," said the letter.

"This prescription was well articulated by the world's leading scientists 25 years ago, but in most respects, we have not heeded their warning.

"Soon it will be too late to shift course away from our failing trajectory, and time is running out."