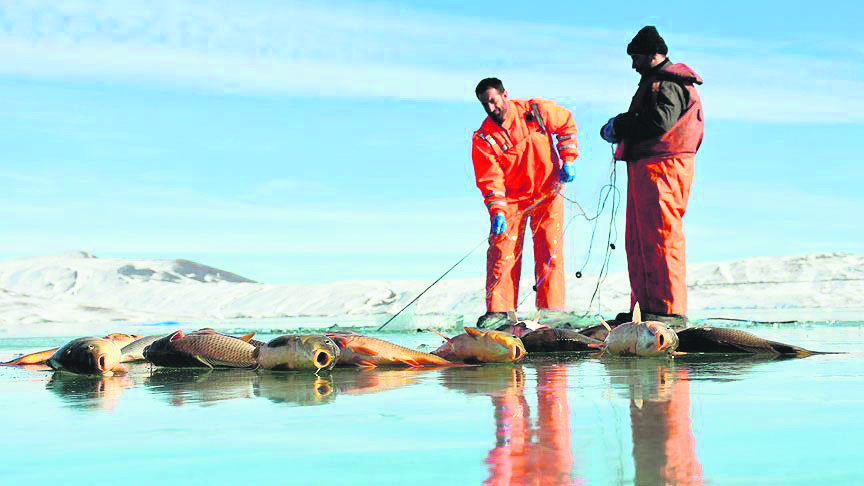 Located in the high altitude of eastern Anatolia, Muş is one of Turkey's coldest places in winter. However, Muş locals are used to snowy conditions and they have learned to survive and adapt to this harsh season.

Braving the elements, fishermen in Muş's Varto district brave the frozen Lake Hamurpet despite the risks.

Due to the cold weather, the lake froze a while back. Situated on an altitude of 2,149 meters, the lake is minus 20 degrees Celsius in December.

The fishermen break the ice with chainsaws and release their nets to catch the fish and earn their livelihood.

The fishermen who are able to catch up to 400 kilograms of fish sell their hauls for up to TL 12 (approximately $3.12).

Speaking to the press, Ferhat Başaran, one of the fishermen, said they get to the lake with the break of dawn and begin breaking the ice over the lake. Stating that they pull their nets out after a day or two, Başaran said they load their haul into the cases to be able to sell it in the market.

"We are fishing under very harsh circumstances but this is our livelihood. Whether it is cold or hot, everybody manages to bring bread to their table."