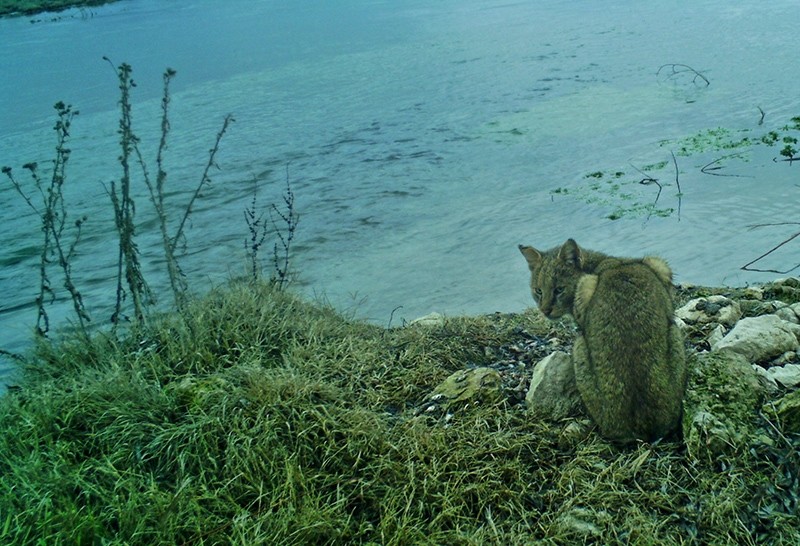 A rare jungle cat was spotted for the first time in Turkey's central Eskişehir province.

Emir Özay, a Master's forestry student at the Bartın University, captured images of the cat, whose scientific name is Felis chaus.

The sandy or yellowish gray animals are considered an endangered species in Turkey. 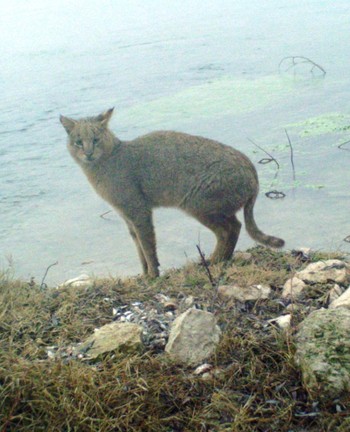 "They come out in the night and it is difficult to spot them and take their photos in the mornings," Özay told official Anadolu Agency (AA).

"I have previously spotted caracals and wildcats in Eskişehir. This time, I managed to capture the photos of a jungle cat for the first time in this province," he said.

"The jungle cat [generally] lives in Isparta, Denizli, Konya, and Adana [provinces]. It is great to see them in Eskişehir. It a rare and elusive breed," he said.

"Our greatest wish is that endangered animals are protected," he added.

"Their presence in Eskişehir and nearby areas was already known but they have not been photographed before," Ünal Özelmas, assistant professor of zoology at the Eskişehir Osmangazi University told AA.

"This will contribute to the fauna of the city," Özelmas, who conducts researches on vertebrate animals, added.