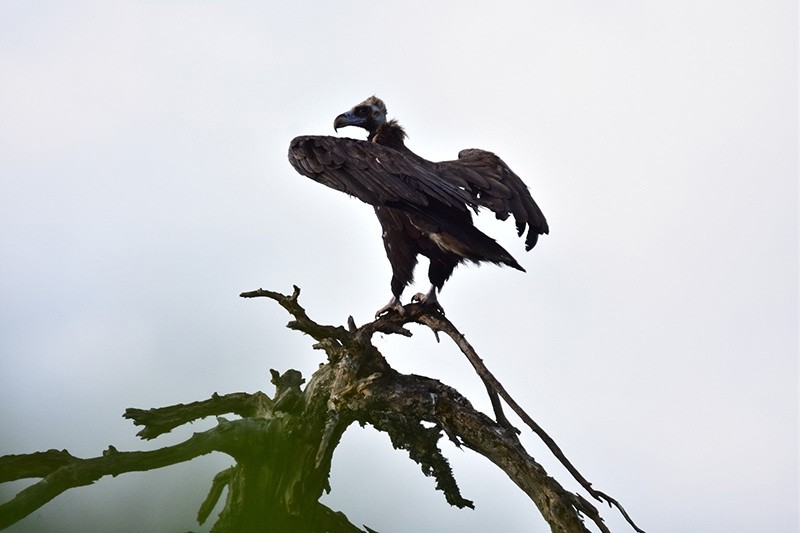 Turkey's endangered griffon vulture was brought back from the brink of extinction in one of the country's major forests after determined concerted conservation efforts.

Five years ago, griffon vulture (Gyps fulvus) populations in the Kızılcahamam forest north of the capital Ankara had dwindled to eight pairs, according to surveys by the Dede Doğa Team, a group that researches and monitors the wildlife of Turkey's forests.

The group undertook a series of repopulation efforts, including strategic feeding of the birds, particularly in winter months when food is hardest to find.

A recent count showed a striking 30 pairs of vultures in Kızılcahamam forest, marking a major victory in conservation efforts.

Group member Doğanay Vural described a winter feeding where nearly 60 vultures were counted, to the amazement of the conservation workers.

"It filled us with excitement and pride," Vural said.

The griffon vulture is a large Old World species native to Europe and Western Asia. Populations have fallen in recent years due to human activity, habitat loss and consumption of poisoned baits.