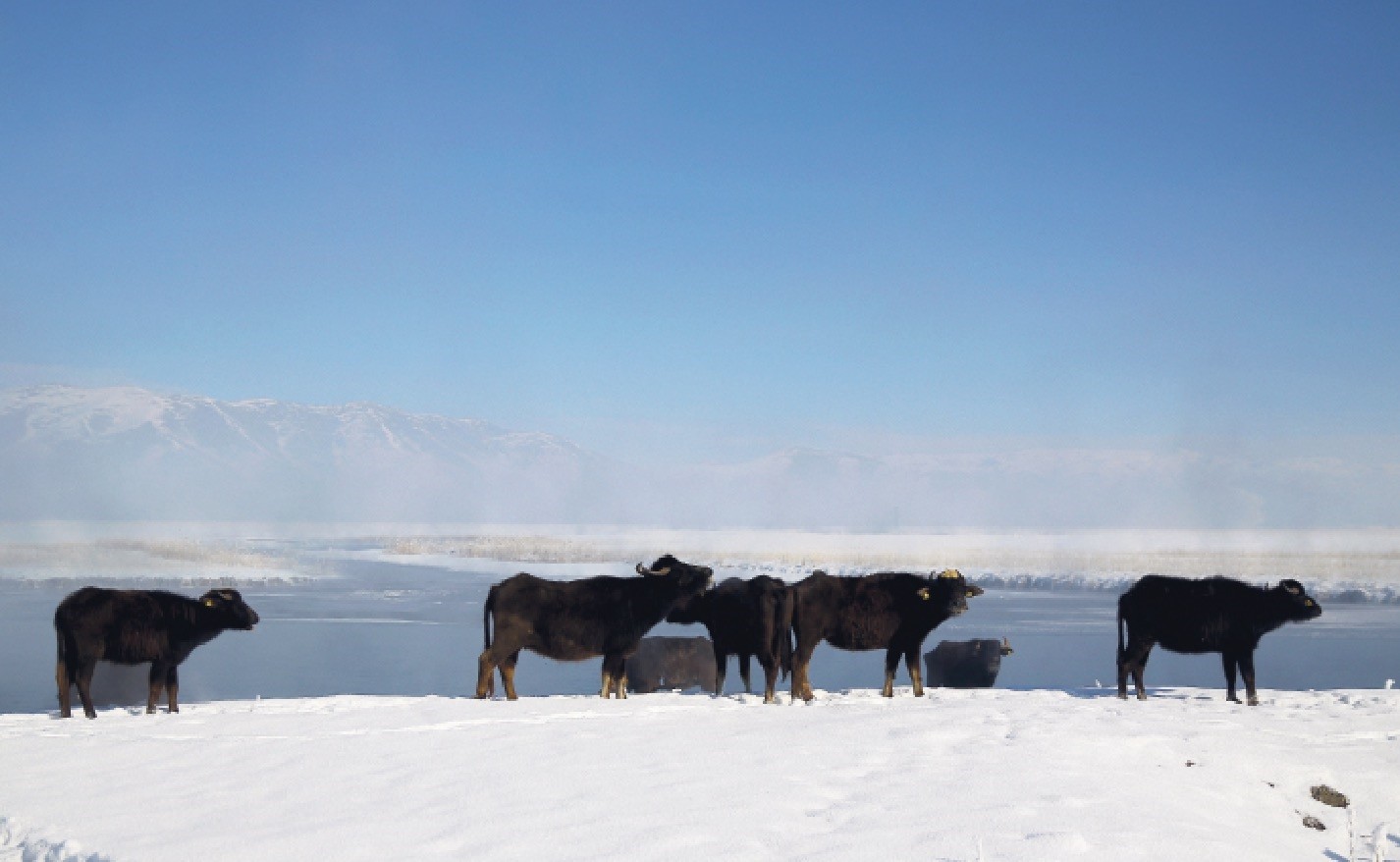 Van's Çaldıran district is one of the coldest areas in Turkey, with temperatures dropping to as low as minus 40 degrees Celsius. While locals are having a hard time in tough winter conditions, animals are no different. The water buffaloes that are bred here try to feed on the grass they reach under thick snow.

Speaking to Anadolu Agency (AA), Çaldıran district head Tekin Dundar said many locals are involved in stockbreeding and water buffaloes are the most common cattle in Çaldıran.

"Thank God, a type of grass grows under the waters of a lake near the district. When the region is covered with snow and the lake is frozen, the buffaloes break the ice to feed."

Locals say that the yogurt made from the milk of buffaloes that feed on the lake grass is extremely tasty.

Çaldıran is where the lowest temperature in Turkey was recorded at minus 46.4 degrees Celsius on Jan. 9, 1990. The district also has historic importance as the site of the Battle of Chaldiran between the Ottoman and the Safavid empires, believed to have taken place on Aug. 23, 1514, which resulted in Ottoman dominance in eastern and northern Anatolia.