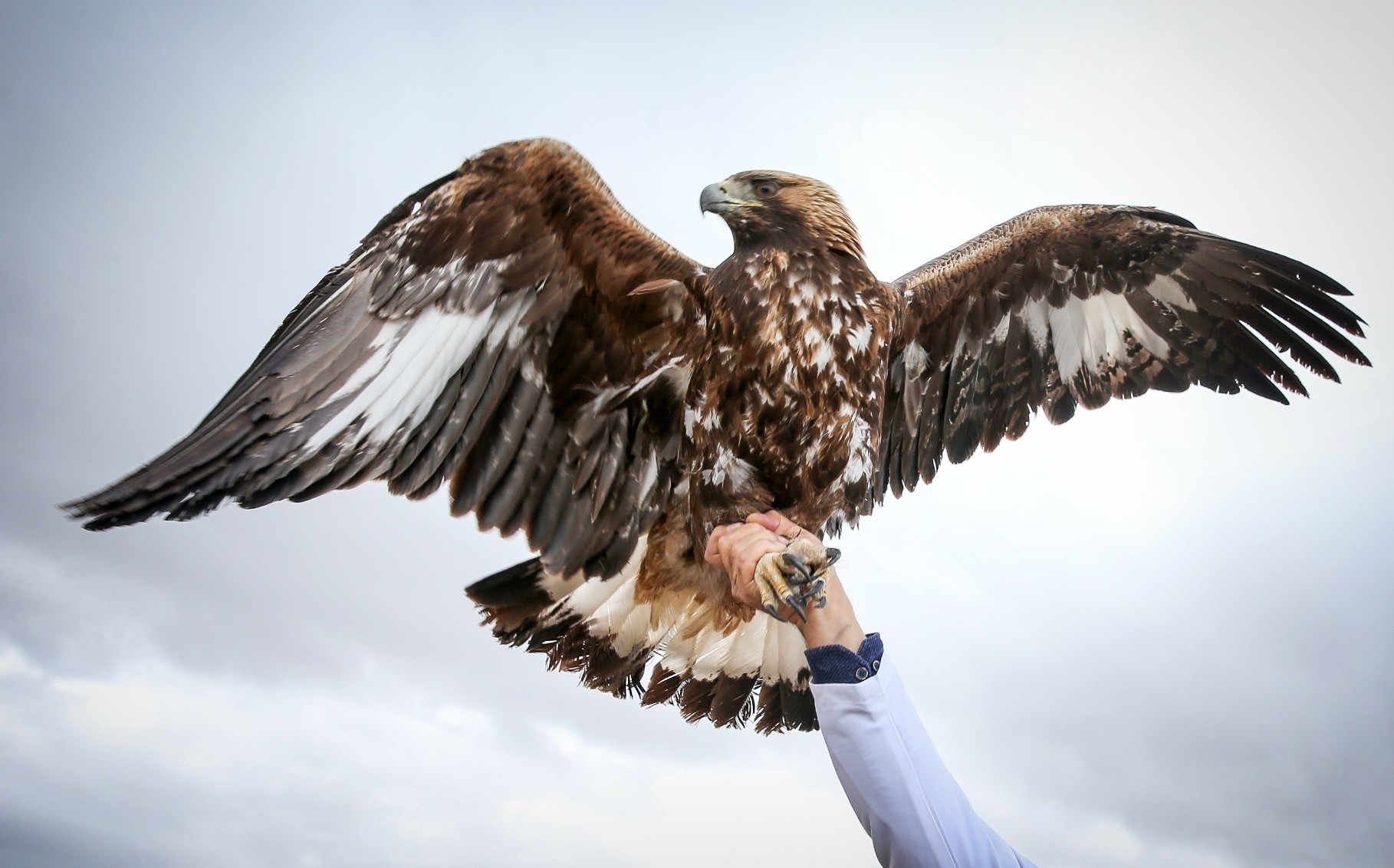 Hundreds of wild animals that were targeted by careless hunters, weak because a lack of food or injured after falling from their nests have recovered with Aslan's help. The co-founder of the Wild Animal Protection and Rehabilitation Center said his family raised sheep when he was younger, and he was always very sad when one of the animals died. This sadness inspired him to become a veterinarian, so he could save as many animals as possible.

Stressing the important work of veterinarians he said, "Without the combination of a clean environment, healthy animals and peaceful humans, nature can't exist."

He said years ago there was little awareness for wildlife care and preservation in Turkey, and a black vulture on the brink of death was brought to the clinic.

"It was the first black vulture I had ever seen. When nobody cared, we took care of it. It recovered through the treatment we provided," he said.

He continued, "I believe we can help more wildlife if more research is conducted on the subject. Being a vet is not a profession based on production targets, and I decided that all wildlife is very important. I chose to take care of wild animals and volunteered for five years. However, after seeing that these services were not enough, we established the YYU Wild Animal Protection Rehabilitation Center and institutionalized it. We treat sick wild animals injured by poachers or means in the region. In general, we release the animals after treating 40 percent of them in our clinic. Our goal is to rehabilitate the animals and save them."

Noting that protecting the environment is as important as saving the animals depending on it, Aslan emphasized that the Karasu wetland in the Lake Van basin is grave danger of being destroyed.

He added that many species and animals will stop migrating to Van if the wetland disappears.

"We couldn't recreate the wetland, even if we spent millions of dollars. Therefore, we must make sure natural habitats are preserved for future generations. We need to protect wildlife if we want to keep seeing the cranes, swans and storks mentioned in fabled songs. Many injured endangered animals are brought to our center. By treating them, we are able to collect information about species living in the Van Lake basin," he continued.

He said humans, animals and plants are inseparable parts of a chain, and nature belongs to animals as much as it does humans."With the growth of industrialization, people have dominated everything and created environmental pollution. Although international conventions have been held and awareness has increased, wildlife still needs more protection. Technology destroys nature. We cut down one tree every five minutes, while it was only one a day in the past. The more we protect our natural heritage, the more we will be able to create peaceful societies in the future. We should harmonize our habits with the environment to create peace and happiness for people and animals," he said.

He also said that the importance of healthy environments has become clearer in the last 20 years.

"If we destroy all the forests by saying everything is for humans, people will be destroyed as well. If we destroy wolves in one place, we will have to deal with pigs. Nature is based on balance. If we abolish the balance, the existence of wildlife is doomed. All living beings have the right to live," he concluded.