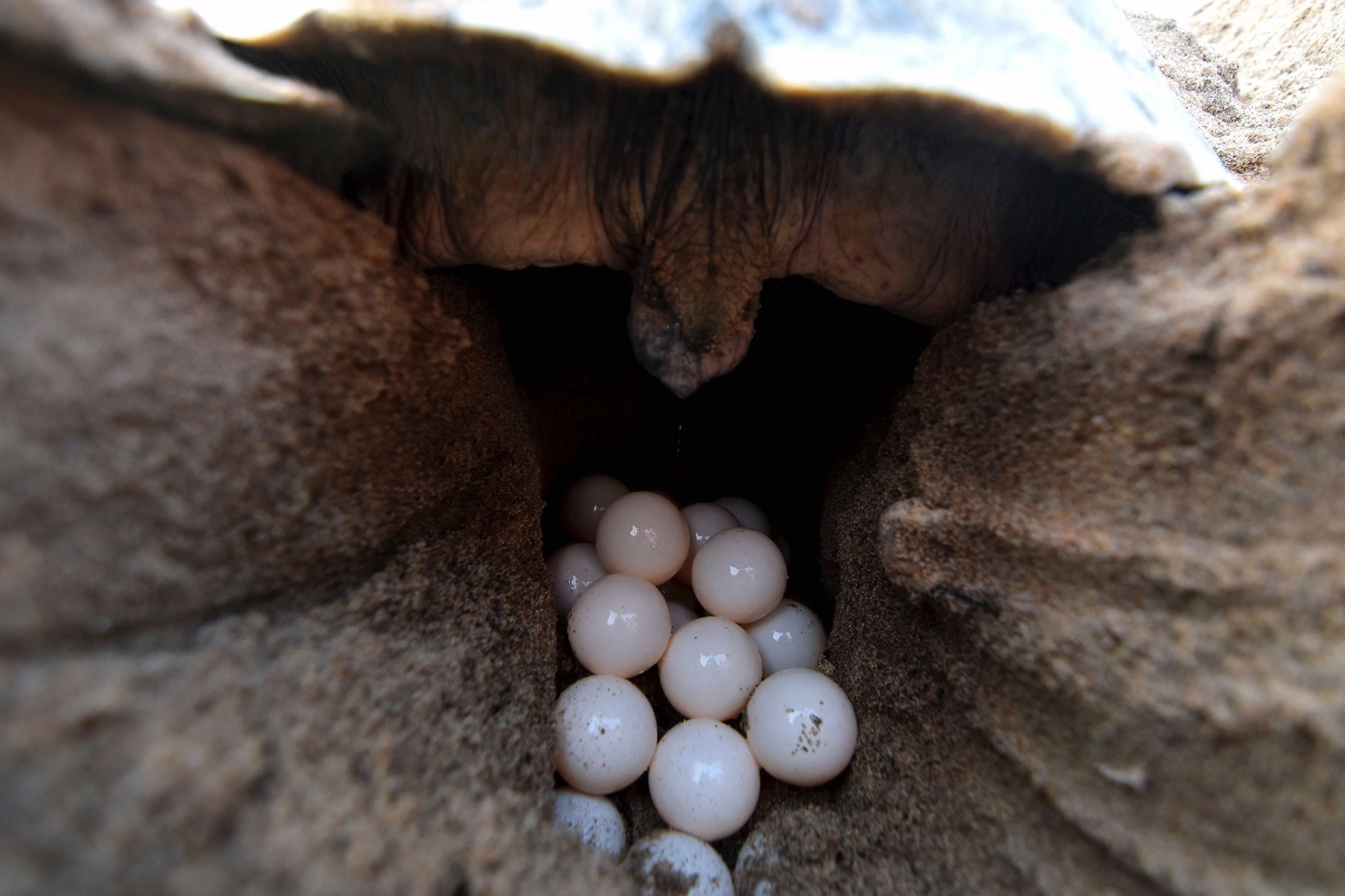 Since he was a boy, Soumyaranjan Biswal has kept a night vigil at the beach near his coastal Indian village where tens of thousands of tiny olive ridley turtles gather to lay their eggs.

Fishing communities in Odisha protect this threatened species from harm as they return year after year to nest, a unique ritual for both turtles and their custodians that stretches back decades.

Olive ridley turtles navigate thousands of miles of open ocean to reach the eastern state, where they come ashore in numbers not seen anywhere else in the world.

It is familiar territory for the females, who hatched on these same sands many years ago.

"We have seen them coming to these beaches since our childhood," Biswal told Agence France-Presse (AFP) on a moonlit night, as tiny white ocean crabs wriggled across his feet.

The turtles arrive under the cover of darkness, trudging ashore to dig shallow pits with their flippers where they deposit dozens of eggs.

Their work done, they return to the ocean.

But their eggs are vulnerable to predators like dogs and vultures during the 50-odd day incubation period beneath the sand, and high tides can wash away an entire nest.

Fishermen along this stretch of East Indian coastline have been intervening to give the unborn turtles a shot at life.

Biswal, equipped with a flashlight and a bamboo pole, identifies nests at risk and carefully digs up the spongy eggs.

They are relocated to freshly dug hatcheries a safe distance away, ringed with fencing and marked with a flag - an arduous process that can be repeated hundreds of times in a single nesting season.

Keeping a watchful eye over the brood is no easy task. The job is unpaid, usually following a long day at work. There is the added danger of scorpion bites and nipping crabs in the sand.

But Biswal knows safe passage for the turtle hatchlings to the sea is crucial for their survival.

"Their journey back to the sea is very important. The females come back to this same beach to lay eggs, helped by the alignment of moon and stars," he said.

There was a time when 2 million turtles would emerge from the sea at Odisha for the mass nesting phenomenon known as "arribada," or arrival.

But their numbers have sharply declined, with environmental pressures, coastal development and overfishing meaning many do not survive the journey to their ancestral nesting ground.

In 2014 and 2016, for reasons still unknown, no turtles arrived at all, spooking villagers who consider their fate intertwined with their ocean visitors.

"For us, turtles are an incarnation of [Hindu God] Vishnu. If they die or don't come we feel we have missed out on their blessing," said one volunteer, Bichitranal Biswal.

However, the union between fishermen and turtles has not always been peaceful.

"It's natural for them to feel that it's because of the turtles."

Bindumadhav said it has been a Herculean task motivating fishermen to protect the turtles during lean times when other work was scarce.

One approach is to remind them that the turtles eat jellyfish, which prey on the sea life the villagers eat and sell. Ultimately, conservation efforts have succeeded in Odisha in large part due to the special relationship between the turtles and the locals.