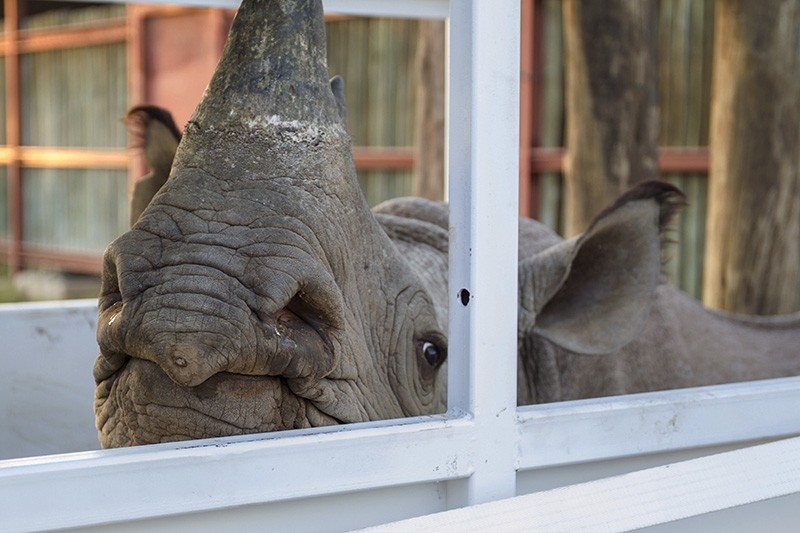 In this photo taken on Wednesday May 2, 2018, a rhino in it's enclosure in the Addo Elephant Park, near Port Elizabeth, South Africa, on the eve of being transported to Zakouma National Park in Chad. (AP Photo)
by Compiled from Wire Services May 03, 2018 12:00 am

Six critically-endangered black rhinos are being transported from South Africa to Chad, restoring the species to the country in north-central Africa nearly half a century after it was wiped out there.

The relocation is part of a bilateral custodianship agreement signed between the two countries in October in the hope of protecting them from poachers and saving the species.

"By establishing a viable and secure rhino population in Chad, we are contributing to the expansion of the rhino population in Africa and the survival of a species that has faced high levels of poaching in the past decade," said South Africa's Environmental Affairs Minister Edna Molewa. 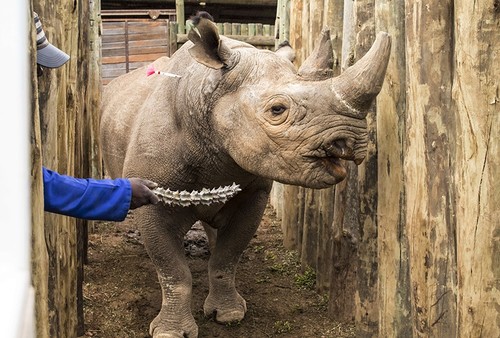 African Parks, a Johannesburg-based conservation group, said Thursday that the rhinos will travel by air to Zakouma National Park, a reserve in Chad that has had little incidence of poaching in recent years.

After the translocation, which took two years of planning, the rhinos will be released into small enclosures before being allowed to roam freely through the vast park.

Security has been strengthened at Zakouma, in the south of Chad, with officials saying that poaching has been "practically eliminated" thanks to African Parks.

"All too often, headlines on rhinos are about their demise as they teeter on the brink of extinction," said African Parks chief Peter Fearnhead.

"However, today we are participating in a historic event and peering into a brighter future for this species which has persisted on this planet for millions of years."

Fernhead said the project was a "truly hopeful story for rhinos across Africa", and that it would encourage population growth and boost biodiversity in Chad.

Fewer than 25,000 rhinos, of which just 5,000 are black rhinos, remain in the wild in Africa due to a surge in poaching.

Northern white rhinos disappeared from Chad several decades ago and the last western black rhino was recorded there in 1972, after decades of poaching pushed both subspecies to local extinction.

African Parks assumed management of Zakouma in 2010 and secured the park from poaching, allowing wild animals to thrive.

The park has a dedicated rhino ranger unit to ensure the animals will be protected, as well as a well-equipped law enforcement team and aerial surveillance.

"It is a mark of the strength of our partnership with African Parks and the transformation of Zakouma into a secure sanctuary that we are now able to bring rhinos back," said Chad's ambassador to South Africa Youssouf Mahamat Itno.