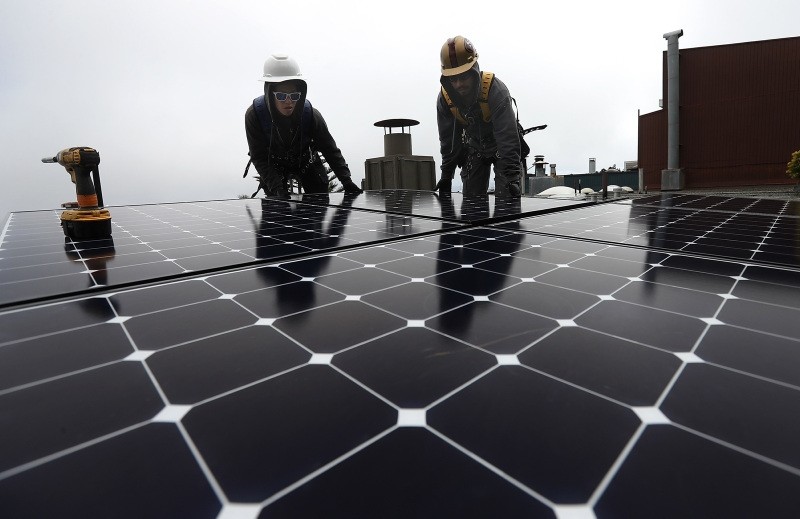 California on Wednesday became the first U.S. state to require solar panels on all new residential buildings as part of efforts to cut greenhouse gas emissions.

The California Energy Commission said the new building standards, adopted unanimously by its members, will go into effect on January 1, 2020.

"We are the first, we will not be the last," commissioner David Hochschild said after the new mandate was adopted. "This is a landmark vote today."

According to the plan, residential homeowners could expect to pay $40 more on their mortgage but should save $80 a month on heating, cooling and lighting bills.

The commission said the new standards will reduce greenhouse gas emissions by an amount equivalent to taking 115,000 fossil fuel cars off the road.

Members said they expect other states to follow suit in coming years.

"Under these new standards, buildings will perform better than ever, at the same time they contribute to a reliable grid," Andrew McAllister, a member of the commission, said in a statement.

"The buildings that Californians buy and live in will operate very efficiently while generating their own clean energy," he added.

Under the plan, some new homes, including those located under shade, will be exempt from having solar panels.

Critics said the new measures will drive up the cost of building new homes by nearly $10,000, in a state already facing a housing crisis and soaring construction costs.

California has long led the nation's battle against climate change and has adopted tough regulations to curb greenhouse gas emissions.

The state has pledged to get 50 percent of its electricity from renewable sources by 2030.