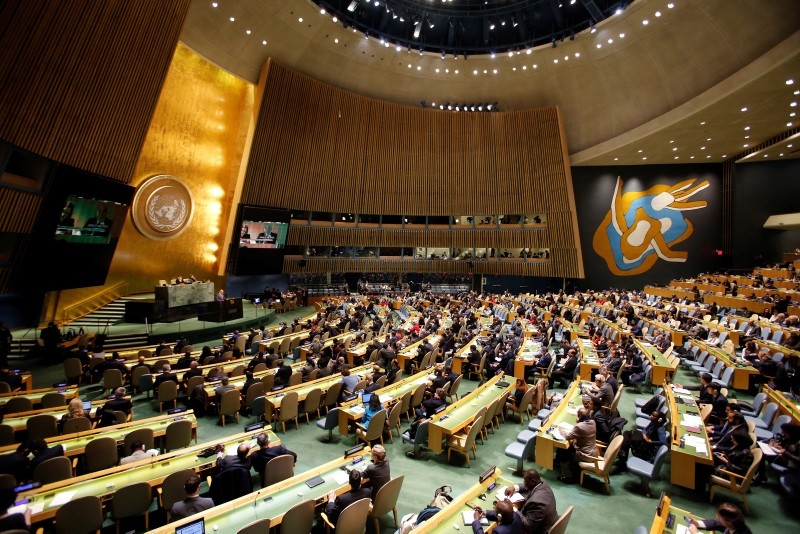 The United Nations General Assembly adopted Thursday a framework toward creating a future Global Pact for the Environment as a follow-up to the Paris Agreement on climate change.

A majority of 143 of the 193 U.N. member states adopted a resolution on the French-sponsored pact. Iran, the Philippines, Russia, Syria, Turkey and the United States voted against the measure. Several states were absent.

"The unprecedented degradation of our environment is having dramatic consequences on the planet, including exhausting natural resources, mass migration and the reemergence of conflict," France's U.N. Ambassador Francois Delattre said.

The resolution creates a working group tasked with identifying gaps in international environmental law and determining whether there is a need to a new regulatory structure.

The working group is due to make recommendations to the General Assembly by mid-2019 ahead of an intergovernmental conference.

In September, French President Emmanuel Macron made a push for the global pact, which would be the first legally binding international accord that would gather all environmental rights in a single document.