In drought-hit areas of Ethiopia, Muslims pray for rain 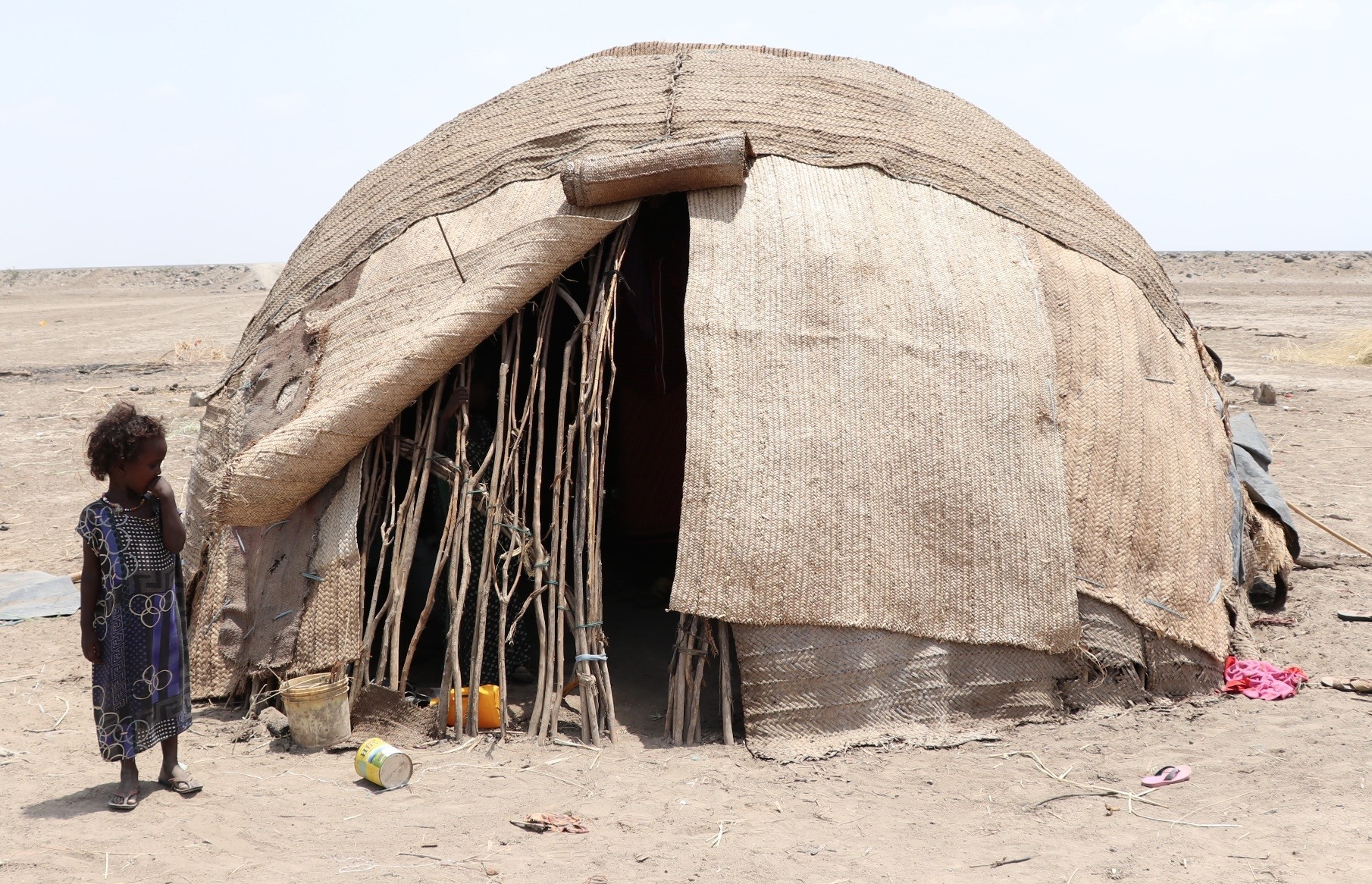 People in northeastern Ethiopia's Afar region are currently facing the hottest season in years due to severe drought-like conditions, but still Muslims like Mohammed Utban are continuing to fast in the holy month of Ramadan.

Utban, who lives in a small tent-like house with his family in a drought-affected area, says his prayers these days are mostly for rain in the area, which would help his family and the people of his community from the drought.

"I beg Allah for his paradise in Ramadan. I pray to the almighty to send us rain," he said.

The Ramadan fast-breaking meal for the Utban family is a simple oat soup and dates; they do not have the luxury of meat.

Afar is among the hottest points of Africa. The population is a pastoral community whose livelihood depends on livestock; shepherds there try to reach water resources by migrating at least twice a year.

When they learn about rains in other parts of the region, the pastoral community goes there by putting their tents on camels and donkeys and travelling in search of water.

Some people, who cannot find enough water and land for grazing, try to settle into urban life by selling their animals or entrusting them to someone else.

The 35-year-old Utban, who resides in the countryside around the capital city of Afar regional state, Semera, with his two wives and eight children, said he was trying to adopt the city life by giving up his pastoral lifestyle.

He works at a government agency as a security officer 12 hours a day, earning a salary of 1,800 birr ($65); he dreams of owning a house with electricity someday.

He said he has been unable to earn a living from his livestock after rains became scarce in the region.

"I am no longer a shepherd. I entrusted all the animals I had to my brother," he said.

He said his salary had never been enough to take care of his family; his relatives and neighbors help him out in raising his children. According to him, it is difficult to survive in the area unless they help each other as a community.