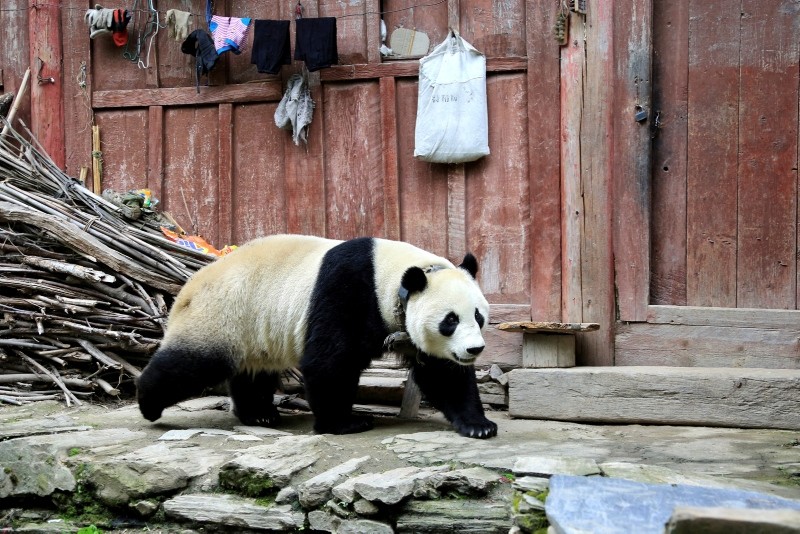 In this Thursday, May 31, 2018 photo, a giant panda wanders through a village in Wenchuan County in southwestern China's Sichuan province. (AP Photo)
by Associated Press Jun 01, 2018 12:00 am

A highly social giant panda out for a stroll has surprised and delighted residents of a town in the southwestern Chinese province of Sichuan.

The panda was first spotted wandering among houses in Wenchuan county on Thursday, seemingly in search of food. She strolled beside a vegetable garden, trotted across a dirt road and climbed a tree, seemingly unfazed by the attention she drew from a large group of onlookers.

Researchers at the China Conservation and Research Center for the Giant Panda confirmed that the panda was Zhenzhen, an 11-year-old female raised in captivity and recently released into the wild as part of a special breeding project.

After allowing her several hours to explore, researchers returned Zhenzhen to the Wolong Shenshuping Panda Base by mid-afternoon.