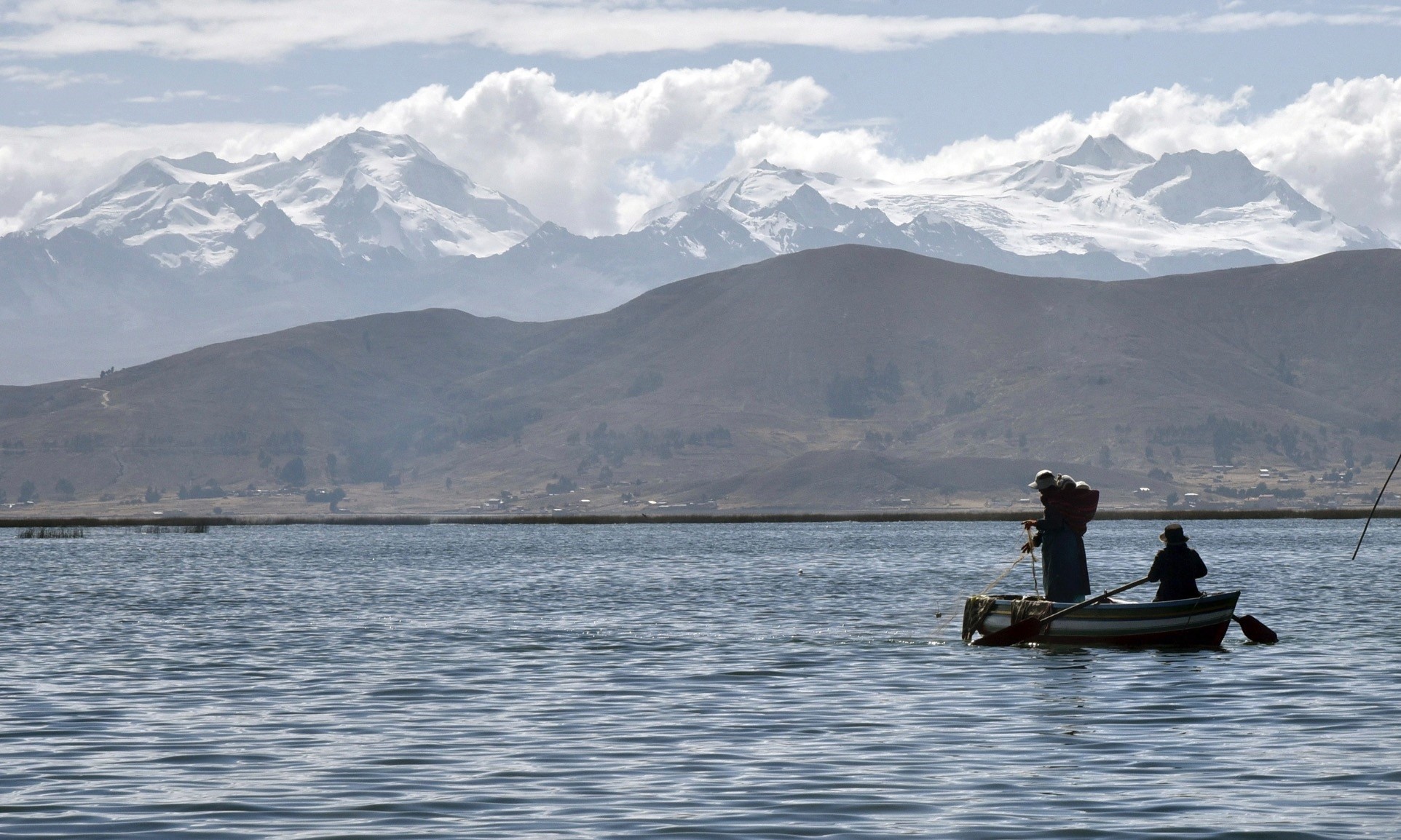 Aymara indigenous people fish on Lake Titicaca near Quehuaya in Bolivia.
by Jun 07, 2018 12:00 am

Under a blazing sun on the arid banks of Lake Titicaca, high in the Andes Mountains, around a dozen indigenous women work tirelessly to collect cans, bottles and plastic bags.

The women - with their long black braids, traditional red bell-shaped skirts, thick woolen jackets and felt bowler hats - hope to set an example for other local residents and tourists who leave tons of garbage by the lake every year.

But their efforts may amount to nothing more than window dressing - wastewater from the surrounding region is contaminating the lake, which many local people rely on for fishing to make a living.

At 8,500 square kilometers (about 3,300 square miles), Titicaca - which straddles the border between Bolivia and Peru - is as big as the French island of Corsica.

And at an altitude of more than 3,800 meters (12,500 feet), it is the world's highest body of fresh water that is navigable by large vessels.

The local Aymara people call it a "sacred lake" - legend has it that from these waters emerged Manco Capac, son of the Sun God, and his wife Mama Ocllo, who then founded the ancient city of Cusco, the capital of the Inca empire.

On the beach of Santiago de Huata, a town on the Bolivian shore of the lake, the women use latex gloves to lift bits of rubbish one by one and put them in huge biodegradable bags.

Such clean-up days are organized once or twice a year to raise awareness about the devastating pollution.

In the dry season, when the water level is low, the scale of the disaster is all the more evident.

"We find plastic, paper, bottles and all types of rubbish," even "used diapers," says Helena Condori, a tradeswoman in the Peruvian village of Juliaca on the opposite shore of the lake.

"It hurts me that we are cleaning up what others throw away."

But she is full of enthusiasm despite the immense task at hand, because "it makes us feel that Peru and Bolivia are more united than ever."

The women have already cleaned the beach at Puerto Perez, also on the Bolivian side. But environmentalists and local officials point to a bigger problem: the wastewater now flowing into the lake.

Less than 30 years ago, people could still drink the lake water, but no more. It is "a problem that is causing serious pollution," says Fanny Zeballos, an environmental engineer for the nongovernmental organization Agua Sustentable (Sustainable Water).

The organization supports the clean-up initiative, although Zeballos acknowledges it "will not be enough."

'I feel that I'm dying too'

Bolivian local councillor Reina Silva, who is also taking part in the clean-up day, says the effects of the pollution are all too plain to see.

"Our animals feed on totora (plants) and they die of diarrhea. Our cows and sheep drink water and die. That's how we know that it's polluted," she said.

Agua Sustentable puts together the team of local women and provides the equipment to measure the level of pollution in the lake.

This time, they have collected about 100 kilos (220 pounds) of rubbish.

The contamination comes mainly from three urban centers, home to some 1.6 million people: Puno and Juliaca on the Peruvian side, and El Alto, next to the capital La Paz, in Bolivia.