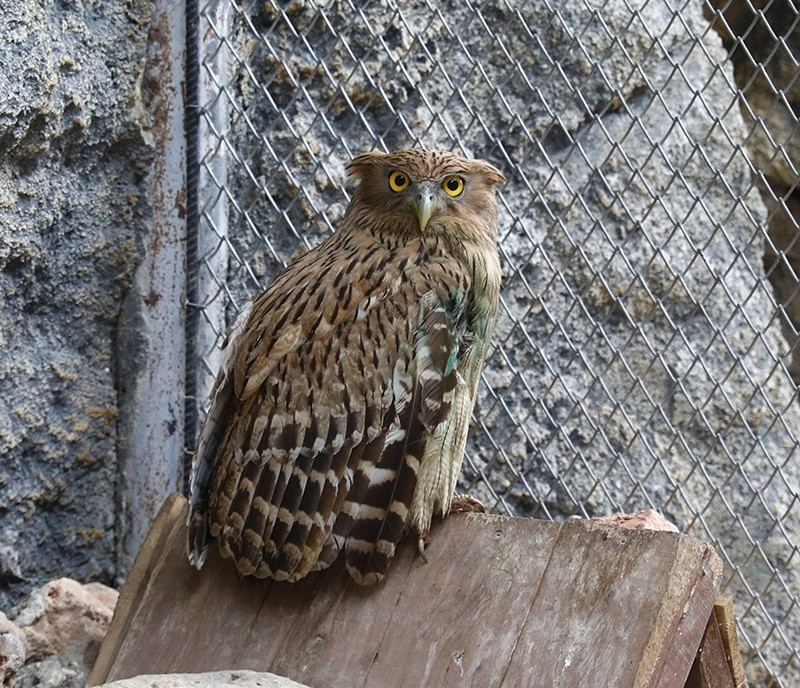 An injured brown fish owl, one of the rarest and most threatened birds of prey in the region, is recuperating in southern Turkey's Tarsus Animal Park after being rescued with a broken wing.

The animal park, located in Mersin province, will treat the injured bird until it can be released safely to the wild.

"The fish owl was brought to us by the Adana Nature Conservation and National Parks teams, and there was a fracture in its right wing. It is currently in the healing process," Altay Atlı, a biologist working in Tarsus Animal Park, told Doğan News Agency. 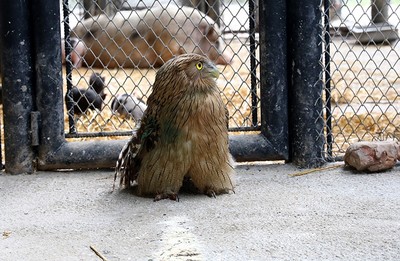 There are believed to be about 50 brown fish owls (Bubo zeylonensis) remaining in the world, many of which have made their homes in Turkey's southern Taurus Mountains.

"It's a very endemic species," Atlı said, noting the owl's limited range in the eastern Mediterranean region. "It's also on the verge of extinction."

The rare brown fish owl of Turkey's Taurus Mountains are a subset of the broader brown fish owl species (Ketupa zeylonensis) which has a wider range spanning from the Far East to Southeast Asia to the Mediterranean Sea.

Brown fish owls mostly feed on fish, freshwater crabs and frogs. They live alongside freshwater rivers and forested valleys in the Taurus Mountains.